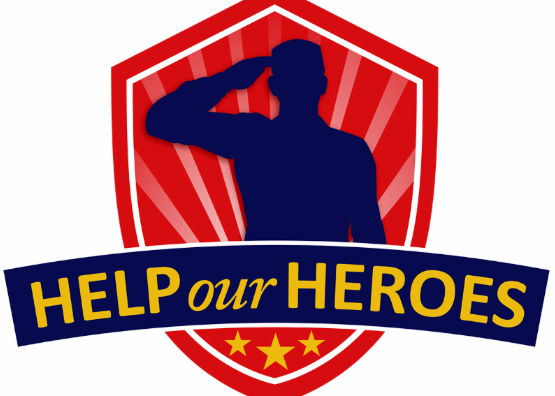 Rose and Jeff Gault have announced plans for the Army Scholarship Foundation Help Our Heroes Luncheon on Wednesday, October 24, 2018 at the Brook Hollow Golf Club.

North Dallas residents, both of the Gaults are now retired and continue to serve their country as volunteer chairs of this luncheon each fall. Rose retired as a Deputy Assistant Secretary in the Air Force and Jeff retired as a Colonel in the US Army.

They invite everyone to join in this wonderful luncheon featuring LieutenantGeneral James H. Dickinson, Commanding General, US Army Space and Missile Defense Command as the featured speaker.

Last year’s speaker, Congressman Allen B. West (US Army retired) said the strength of the US troops depends on stability at home and the Army Scholarship Foundation’s work is critical to enabling quality of life, making college education available and filling a void in their lives. He said the United States has a world class Army because of the strength of the troops and everyone has a responsibility to continue supporting AFS’s mission, that part of that responsibility includes honoring our soldiers by educating their family members for our future.  ASF provides a very rare opportunity to help the children and spouses of soldiers achieve a higher education and that opportunity is now.

In 2016, the Army Scholarship Foundation awarded a record 103 scholarships to deserving Army family members in pursuit their educational dreams.  Since 2001, the Foundation has awarded more than 300 scholarships averaging approximately $1,000 each.  Unfortunately, many highly qualified applicants do not receive awards due to lack of funding.

The event begins as guests are welcomed and enjoy fellowship in the main ballroom. Guests are seated at reserved tables as the program begins and announcements are made. After the invocation, luncheon is served. Scholarship recipients are introduced and share their stories. The featured speaker is introduced and the presentation begins. After which, luncheon is adjourned.

History: In the year 2000, a handful of U.S. Army veterans joined together to develop plans for establishing a foundation to assist the needy sons and daughters of soldiers and Army veterans in achieving their dreams of higher education. It was the vision of these Army veterans that the Foundation would grow and be able to benefit an ever increasing number of deserving children of soldiers.

Following the events of 9/11, the Foundation took on a new meaning for its founders and volunteers.  They established a scholarship in memory of a fellow soldier, Captain Jennifer Shafer-Odom who was killed during the war on drugs in Columbia, and additional scholarships were soon established in memory of those fallen in Iraq and Afghanistan.

In 2001, the Internal Revenue Service recognized the Foundation as a 501(c)(3) non-profit, making all donations to the Foundation fully tax deductible to the extent allowed by federal law.  In order to recognize the sacrifices of the spouses of serving enlisted soldiers, in 2006 the Board opened eligibility for scholarships to such spouses as well.

In 2016, the Army Scholarship Foundation awarded a record 103 scholarships to deserving Army family members in pursuit their educational dreams.  Since 2001, the Foundation has awarded more than 300 scholarships averaging approximately $1,000 each.  Unfortunately, many highly qualified applicants do not receive awards due to lack of funding.

The Army Scholarship Foundation continues today as an all-volunteer organization, run by caring individuals seeking to assist Army family members in their educational pursuits as a small way of saying “thank you” for the many sacrifices made by Army families.

BOOKS THAT GOT GAME

From Adversity to Advocate