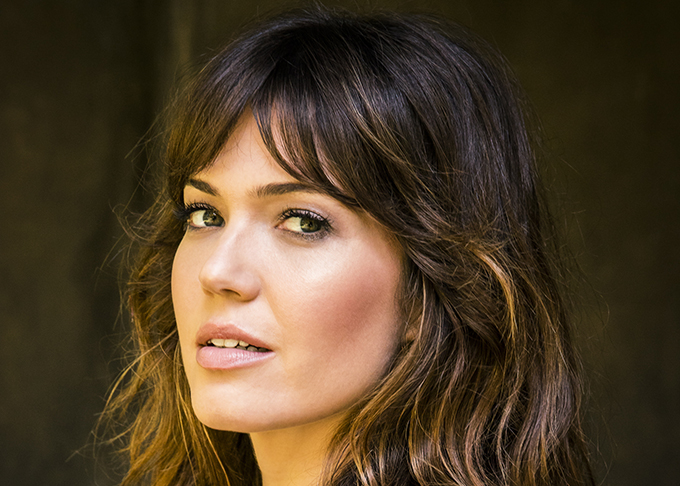 Moore stars on the critically acclaimed NBC show This Is Us. Her portrayal of Rebecca, which spans several decades, earned her a Golden Globe Award nomination. She enjoys versatility in a career marked by memorable performances not only in primetime television but also in independent features and studio films. In 2002, Moore earned an MTV Movie Award for Breakthrough Female Performance for her role in the film adaptation of Nicholas Sparks’ A Walk to Remember, which went on to become a cult classic. Additional film credits include License to Wed opposite Robin Williams and John Krasinski; and Because I Said So opposite Diane Keaton; She also voiced “Rapunzel” in Disney’s animated series Tangled. Most recently she can be seen in Freestyle’s thriller 47 Meters Down. Upcoming in film, she will star in Twentieth Century Fox’s sci-fi thriller The Darkest Minds.

In 2008, Moore joined the global health organization PSI (Population Services International) as a Global Ambassador. On her first trip with PSI, she helped launch a distribution of 3 million insecticide-treated mosquito nets in South Sudan.  The initiative, a partnership with the Southern Sudanese Ministry of Health and with funding from the Global Fund to Fight AIDS, Tuberculosis, and Malaria ensured that pregnant women and newborn babies are better protected from deadly disease. In 2010 and 2011, Moore helped raise more than $2.2 million for PSI through the United Nations Foundation’s Nothing But Nets campaign to support nationwide net distributions in the Central African Republic and Cameroon. In 2011, Moore was chosen by the UN as a Malaria Champion alongside President George W. Bush, Ban Ki Moon, Awa Coll Seck and more. In Trinidad, Tobago and India, Moore helped raise awareness of the impact gender-based violence has on women and families. Moore has been a featured speaker at Women Deliver, Clinton Global Initiative University and was a Young Global Shaper for the World Economic Forum. She currently resides in Los Angeles.

“Mandy Moore’s passion for her work and the causes she supports is both inspiring and empowering,” said Kim Robinson, CEO, New Friends New Life. In “This Is Us, we see real life. We see non-traditional families who learn they can face life’s trials and tribulations with a solid support system. This empowering message, coupled with Mandy’s global humanitarian work and her personal endorsements encouraging women to take charge and stand up for themselves, makes her the ideal speaker for our 20thanniversary luncheon.”

“We are shocked and concerned to know that Texas has the second highest number of human-trafficking victims in the country and that 400 teens are being sold on our Dallas streets every night,” said Marla Boone, who is serving as honorary co-chair alongside her husband, Mike Boone. “We proudly stand beside New Friends New Life on their 20th anniversary of restoring and empowering teens, women and children, and we encourage you to join us. A successful luncheon will ensure that they are able to continue the meaningful work of eradicating this evil industry.”

The nonprofit’s High Risk and Trafficked Teen Girls Program offers abuse recovery groups for adolescents, teaching girls ages 12 to 17 how to recognize and ultimately recover from abuse. The program is an intervention effort to help girls avoid a lifetime of sexual exploitation as human trafficking victims. New Friends New Life also offers community education through The manKINDness® Project curriculum for teenage boys in an effort to engage in dialogue about respect for young women and themselves. Additionally, the organization’s Youth Resource Center (YRC) helps recover and restore high risk, exploited and trafficked girls through holistic, trauma-informed care. The YRC provides counseling, case management and life skills programming to girls ages 12-24 in need of physical and emotional safety.

10 Family-Fun Things To Do This Fall

They Grow Up So Fast!