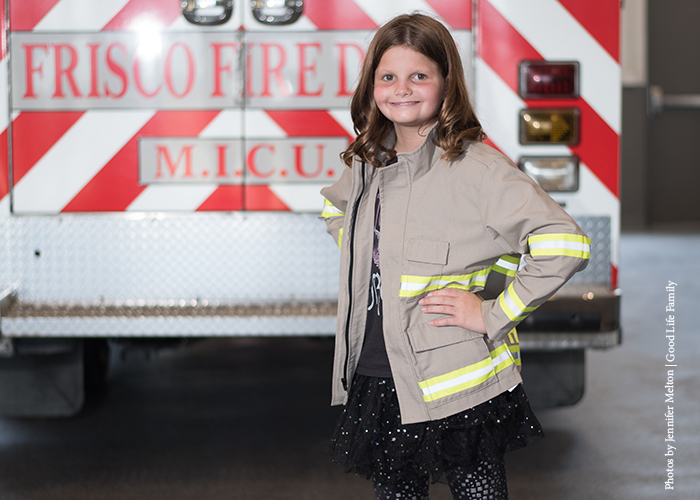 Hallie Bea Barnard was just five pounds at birth and at 13 months old a blood test provided a diagnosis of Diamond-Blackfan Anemia (DBA).  Now at 10 years old, she is fierce and to see her playing piano or selling Girl Scout cookies, you wouldn’t know that she tires sooner than others, and exposure to flu can bring perilous results. You might not notice the dark circles that may appear under her eyes or see the routine blood draws and both physically and financially exhausting medical exams and treatments. Less than 800 in the world fight this disease of bone marrow malfunction and failure to make enough red blood cells, and this brave little girl is determined to help others like her.

The two most common forms of treatment for DBA are blood transfusion therapy and corticosteroid medication.   While some DBA patients are in remission and need no medical treatment for it, others—with a match—choose to undergo the risky procedure of a bone marrow transplant.  With this need for a bone marrow match, Hallie’s family founded Hallie’s Heroes, which has helped direct dozens of prospective bone marrow drives, resulting in 6000 people tested and 69 matches found—69 lives saved.

“Of course I don’t like DBA.  It’s not fun, but I have it and I have to make the best of it. I’m doing what I can to help me and lots of others,” said the fifth-grader, confident beyond most adults.  “I can’t make red blood cells, but I’ve helped 69 other people find a match.  I know there’ll be more, and I know I’ll find mine.”

Hallie Bea and her mission have a bevy of supporters; the Fort Worth Police and Fire Departments, students and cheer squads at Texas Christian University and the University of North Texas, the “really nice girls” (according to Hallie) at Kendra Scott, and many more.

“The first time we met I fell in love with Hallie, and to be a part of her crew is to know you’re making an impact,” said Fort Worth Police Officer, Brandi Kamper, of Hallie who was named an honorary Junior Police Officer.  “I can’t imagine my child’s health and welfare at the mercy of strangers, but it can happen to anyone, so everyone needs to register.” To raise awareness, Hallie Bea and Officer Kamper starred in a video based on Taylor Swift’s “Shake it Off “(155,000+ views), and this summer they’ve released their version of Pink’s “Rockstar.”

Whether she is playing with pup Jingle Bells or guinea pig Sugarplum with siblings Breece and Celia Jo, skateboarding with her bestie Ava, or working as a youth ambassador for DKMS—an organization that raises awareness of blood cancers and disorders—this ponytailed princess doesn’t stop.

“I like meeting people, and I appreciate how much people help,” said the future pediatric surgeon/veterinarian, who plans to donate services to her pet patients.  “No one wants to be sick but DBA has made me a better person.  You have to do your best and working with my parents and Hallie’s Heroes is my best.”

For her bravery in the face of adversity and determination to help others, Hallie Bea earns Good Life Family’s Good Kid Award.

The Good Kid Award is presented to an exceptional young person who displays exemplary character, courage and commitment to helping another person, organization or their community.  The recipient receives a $200 scholarship or donation to a nonprofit of their choice. For complete details or to nominate a Good Kid, go to goodLIFEfamilymag.com or email Tricia White, Managing Editor at Tricia@goodlifefamilymag.com.

Life is a Highway

The Joys (and Pitfalls) of Dating as a Single Parent