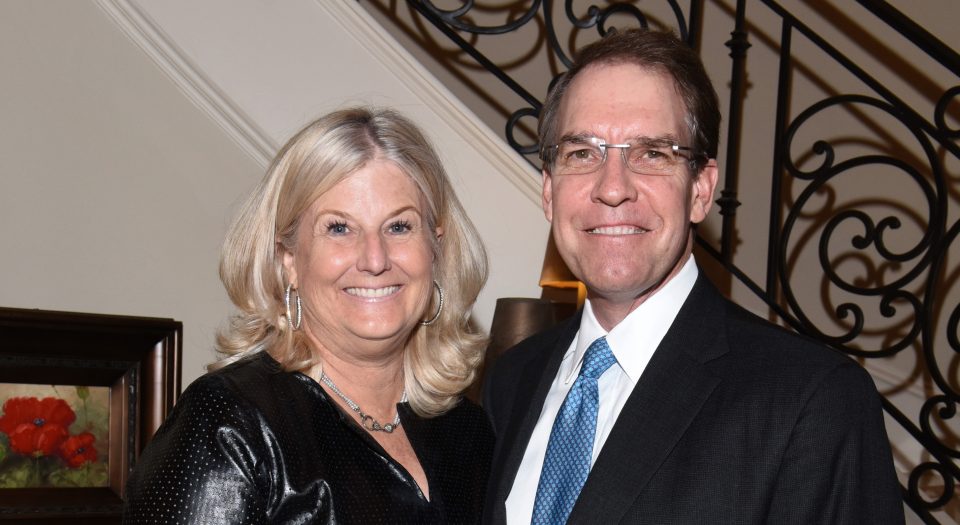 Norm Bagwell is “making the most of a second chance” after a kidney transplant.  The donor?  His wife Robin.

There’s a popular song from the 90’s that says, “I would do anything for love…” Sometimes, that resolve is put to the test.  For Robin Bagwell, her decision to donate a kidney to her husband Norm was the ultimate life-saving gift.  Little did they know at the time how it would change them both.

Norm says that facing his own mortality was a gift in itself.  “It gives you a heavy dose of perspective,” he says.  “You begin to understand what’s important.  It brings everything into greater focus.”  The way their family approaches life today is truly a testament to that.

Norm had known for a while that eventually his kidneys would fail, and as the time grew closer, he learned that the nation’s leading transplant team was right here in Dallas at Baylor University Medical Center. Everyone had assumed that his brother, who looks “an awful lot like Norm,” would be the ideal candidate, but after all the testing was complete, it turned out Robin and his sister were the best matches.  It was pretty miraculous that one of his best matches was not a blood relative, but Robin feels it was meant to be.  She remembers, “It was really not a hard decision at all.  He’s been nothing but a constant support for me.  I was so glad to be able to do that for him.”  Then she (half) jokingly adds, “Everyone talks about how selfless I was to donate my kidney to Norm.  The truth was I didn’t want to raise two kids alone!”  Norm says, “I could never repay her for what she did.  I can only make the most of my second chance,” which is exactly what he’s been doing for the last eleven years.

Norm is the CEO of Bank of Texas and Executive Vice President of BOK Financial as well as the newly named Chairman of the Baylor Health Care System Foundation. Robin has been involved in volunteering for organizations around Dallas for years, and together they were the recipients of the Margaret Sharpe Award for Community Service.  “It’s been more about moving forward than looking back” for Norm.  They have realized, however, that his transplant has “found its way into our narrative,” Norm says.  In the years since his transplant, they have always been active as mentors for donors and recipients going through the process, and they have also recognized that they can help raise awareness about organ donation.  In 2016 Robin was honored with the Outlive Yourself award through the Taylor’s Gift foundation to promote organ donation, and in 2018 the Bagwells will chair the event.

Through this journey, Robin and Norm have learned that you can’t take anything for granted, and they’ve both been committed to teaching their kids to appreciate all the special moments in life.  The Bagwells have made sure that their family is purposeful in creating memories “that span the test of time” from going to the Macy’s Day parade, to a presidential inauguration, to the Super Bowl (to see Norm’s beloved New Orleans Saints).  They are so proud to see their model of servant leadership carry on in their children.  Lauren is an educator now working on her PhD in curriculum, and Nolan is a lance corporal in the U.S. Marine Corps and a senior in the business school at TCU.

Norm reminds people, “When you face something challenging, you can be angry or bitter, but that’s just wasted energy.”  His message to his children, to the transplant patients he meets, to his co-workers and to the larger community he touches through his and Robin’s multiple outreach opportunities is priceless and something we should all try to remember each day.  “Every day is a good day.  Be grateful for it.  Don’t waste it.  Just play the hand you’re dealt.”