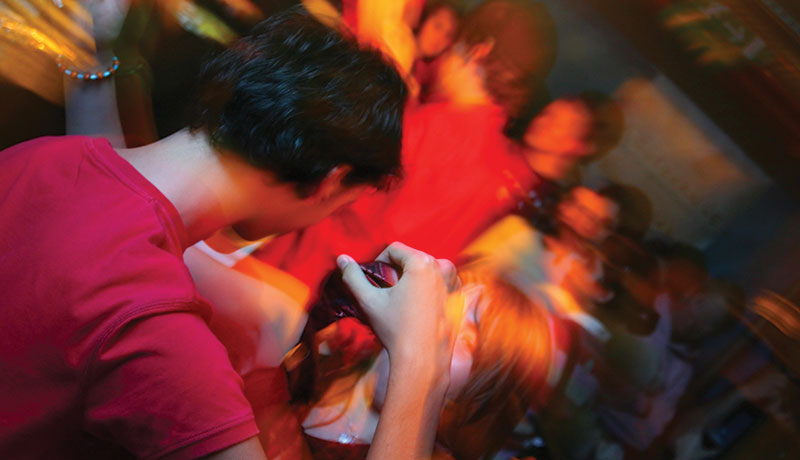 The Hard to Hear Story You Need to Hear

Bestselling author Jon Krakauer, gives a stark, powerful, meticulously reported narrative about a series of sexual assaults at the University of Montana — stories that illuminate the human drama behind the national plague of campus rape.

As summer starts to come to a close and fall begins to peek around the corner, we enter that dreaded-by-some-and-highly-anticipated-by-others season known as “Back to School.”  Ironically, some of the people who have looked forward to this season in past years may be dreading it this year because for them “Back to School” is taking on a whole new meaning.  I am talking about parents who are going to be moving their young adult into a college dormitory across town, across the state, or possibly across the country. 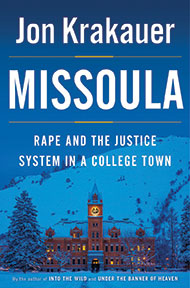 This milestone comes with many conflicting emotions as well as the need for a new blueprint for parent/child relations.  These youngsters will no longer be under the watchful eye of parents and obligated to return home each night by curfew.  The new freedom for these college students and simultaneous loss of control for their parents results in a period of adjustment for all. There are serious issues to be addressed regarding responsibility, communication, safety, managing money, keeping a dorm room clean, handling one’s laundry load, homesickness, and being a respectful and courteous roommate.

One of the most important issues we can stress with our children going off to college is personal safety.  This safety umbrella covers many facets of life:  traveling to and from college, meeting new people, going to parties where alcohol and possibly drugs are readily available, sexual experimentation and living independently for the first time.  This can be a terrifying time for parents of new college students, especially for those us of with control issues!

One of the most alarming issues facing college campuses today is the rising occurrence of acquaintance rape. Bestselling author Jon Krakauer’s book, Missoula:  Rape and the Justice System in a College Town, details the rash of sexual assaults that were reported on the campus of the University of Montana between January 2008 and May 2012.  While this book focuses on one campus only, the issues Krakauer brings into the spotlight are universal to campuses across the country.

Krakauer tells us, “Acquaintance rape is a crime like no other.  Unlike burglary or embezzlement or any other felony, the victim often comes under more suspicion than the alleged perpetrator. This is especially true if the victim is sexually active; if she had been drinking prior to the assault – and if the man she accuses plays on a popular sports team.”   In Missoula, Krakauer focuses on several incidents where the alleged perpetrators were talented football players on the beloved University of Montana Grizzlies team. The victims felt great reluctance to come forward because of the popularity of these athletes and the public scrutiny they were sure to endure upon filing charges and seeking justice. Further, the victims that did muster the courage to report these violations were often treated with hesitation by authorities who stressed to the victims how difficult rape is to prove and how likely the victim is to be “dragged through the mud” in the community as well as on social media.

What parents can take away from Missoula is the absolute necessity of talking to your children about this issue. Alcohol consumption is so often entwined with the stories of acquaintance rape that it is also imperative to address the consequences of drinking to excess. Kraukauer delivers statistics that show 1 in 4 women in college today are victims of rape and that 90% of all college rapes are acquaintance rape, not stranger rape. Like any other violent crime, victims often suffer from devastating psychological damage for years to come. Krakauer estimates that 50% of rape victims suffer from post-traumatic stress disorder – a higher rate that soldiers returning from war.  The perpetrator can be subject to incarceration or other judicial punishment, forced to register as a sex offender, and often has to live with a sullied reputation even if not convicted.  The families of both the victims and the perpetrators also undergo intense public scrutiny and have to deal with their loved one’s pain, humiliation and stigmatization.

Parents who are sending their children off to college must inform both their boys and their girls about acquaintance rape and its devastating effects. While Missoula is a documentation of a group of isolated circumstances, stories like these are occurring on many college campuses. With a little education and knowledge maybe we can start to see the number of these incidents decrease as we send the next generation of college students off into university life.

• Expect respect and keep away from people who don’t show  you respect.

• Be clear about your limits: let the other person know what you want and don’t want to do.  You have the right to  change your mind, to say “no”, or to agree to some sexual activities and not to others.

• Don’t allow a person to touch you if it makes you uncomfortable.  If your limits are reached or you sense danger, speak your mind and act immediately.  Make a scene if necessary.

• Avoid excessive drinking or drugs.  They reduce your ability to think and communicate clearly.  Being drunk or high does not give anyone permission to assault you.

• Pour your own beverage and keep it in sight.  Date rape drugs such as Rohypnol, GHB or Ketamine (also called Special K) can often be undetectable, and cause effects such as sleepiness, blacking out, delirium, amnesia, seizures, dizziness and nausea.

• Don’t hang out in places that keep you isolated from others.  Although you may feel you can take care of  yourself, it is always wise to be careful.

• Trust your instincts.  If you feel that a person is not trustworthy or a situation is unsafe, leave.

• Have a back-up plan. For example, if you are going out  to a party in a different neighborhood, make sure someone you trust knows where you are going.  Have a person you  can call to come and get you if you need to leave without your original ride.

Versatility of the Plain White Tee