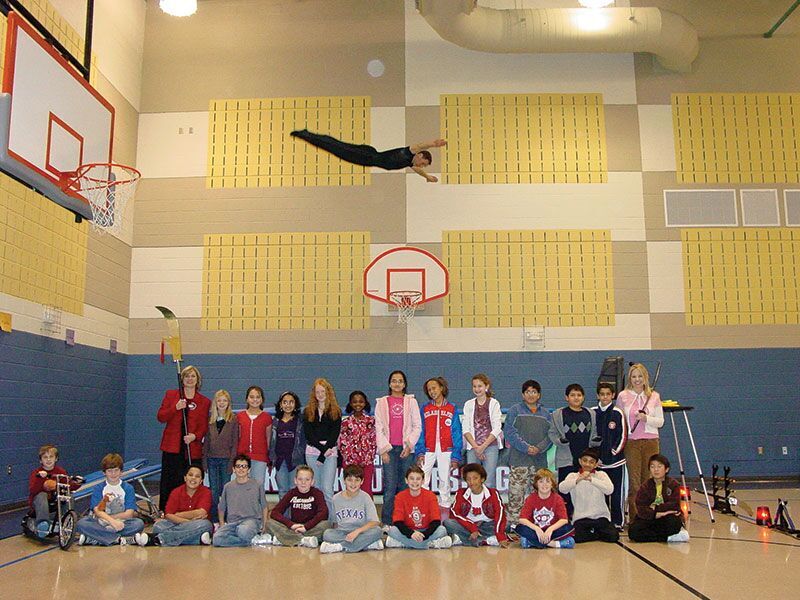 How Courage and Fortitude Transformed Adversity Into a Positive Life

For Christopher Bianez of the Plano Police Department, this is an understatement.

Officer Bianez uses his life experiences to prove that negative influences don’t have to shape who you are. He turned his incredible story of adversity into a triumph and reaches out to teens like no one else can.

Growing up in California, Christopher figured out his life’s work by age 10. “I wanted to be a police officer and rid the world of drugs,” says Bianez. Unfortunately, that innocent idealism was shattered when he turned 12 and learned his parents were drug addicts.

Playing football as a child, Christopher was mentored by a 20-year-old man. One day he told the man he wanted to be a police officer. The man looked at him pitifully and said, “You realize that your parents use drugs, right?” Bianez was crushed. It dawned on him that people would often visit his house and lock themselves in the master bedroom with his parents. The next time it happened, Bianez watched with horror through the bedroom window, and what he saw confirmed his greatest fear: his parents were meth users.

In his 12-year-old mind, Christopher felt his life was ruined and rationalized that he could not become a police officer. Still committed to creating a drug-free world, Bianez found the drugs and flushed them but was beaten by his stepfather when he admitted to doing so.

With nowhere to turn, Bianez jumped from a second story window and ran to the 20-year-old’s home. When he said he was running away, the man offered to take Christopher to Oregon where he was relocating. They reached their destination on Christmas Eve, and on Christmas Day Bianez woke to a Christmas tree and presents. He felt like he finally had a family.

That’s when the trouble began. The man instructed Christopher to strip naked and pose with the tree. When he protested, the man hit him harder than his stepfather had. From that night forward, Bianez woke to find the man molesting him. Six months passed before the FBI came calling. In an ironic twist, the man went free and Christopher went to juvenile hall for three days for running away from home. He was sent back to California and learned his parents were not only drug addicts; they were also drug dealers.

The first night at home a rock crashed through his bedroom window, and Christopher saw it was thrown by the molester who was stalking and threatening him. Bianez was sent to foster homes for his safety, and each time, the molester would find him. He influenced Christopher to be a “bad kid”, and Bianez was asked to leave his school. He ran away from home and again turned to the molester.

Because of the circumstances, Bianez missed some of middle and high school and instead trained in gymnastics and trampoline. Christopher moved with the molester to another town at age sixteen and returned to school. With no gymnastic program at his new school Bianez joined the diving team, quickly broke all school records for spring board diving and became a three-year champion. He entered the California state gymnastics championships, winning the Southern California state championship for horizontal bar his senior year. Bianez earned a double athletic scholarship for gymnastics and diving at Brigham Young University and finally rid himself of his nemesis. 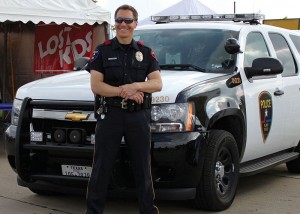 At age 29, Bianez came to the realization that he wasn’t responsible for what his parents did and pursued his dream of becoming a police officer. In 1997, at age 35, he joined the Plano Police Department and eventually became the D.A.R.E. officer. He is currently assigned to the Crime Prevention Unit with the responsibility of safety education for tweens, teens and adults. Outside the police department he offers trampoline and martial arts workshops and programs to help adults avoid being the victims of crime. Bianez helps individuals increase safety for their families, property, neighborhood, and businesses.

Bianez regularly speaks at local schools. He relates his story, tells kids to be careful who they trust, and emphasizes that even if bad things happen, they can still have a positive life. He says, “Good people do exist in the world. Not everyone is evil. It’s all about making the right choices.” PISD principal Bryan Bird says students retain Officer Bianez’s message: “You’ll hear them talk about his presentations later. It really shows that there’s a connection being made. He has a personality that brings people into whatever he’s doing.”

Christopher Bianez’s life has come full circle, taking the lessons from a bad situation and weaving them into a teachable moment. “What I thought was greatest adversity in my life ended up being the greatest blessing,” says Bianez. “It was the life changing event that gave me my purpose in life: to strengthen youth to stay drug and violence free.”

For more information about Chistopher Bianez, visit his website at www.christopherbianez.com. 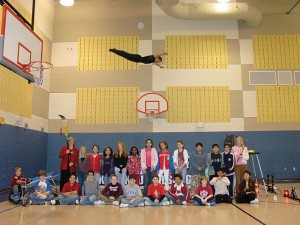