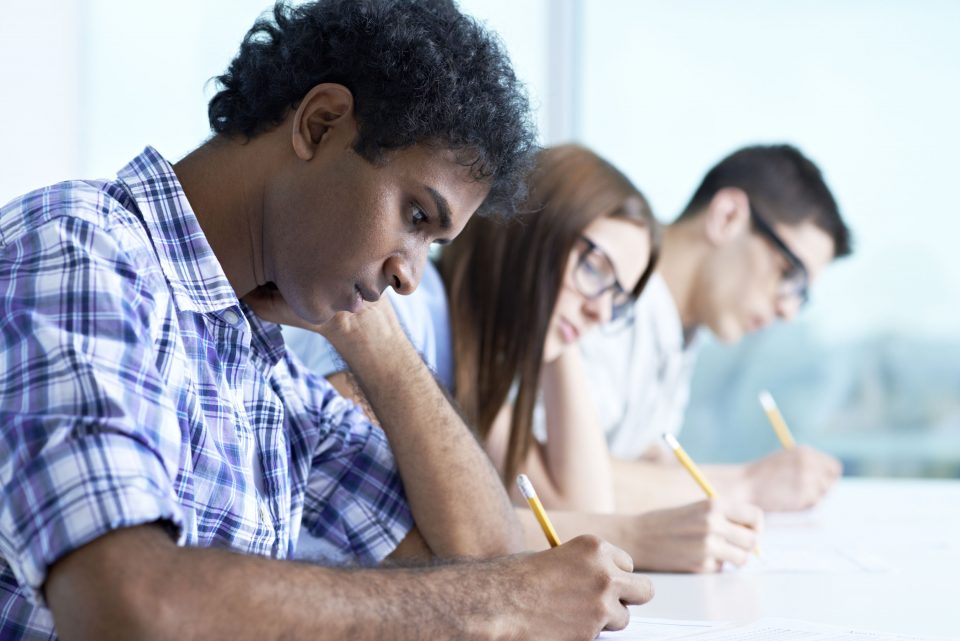 New SAT vs Old SAT vs the ACT

How clear is the alphabet soup of college entrance exams?

College entrance exams. The words strike terror in the hearts of many students. Now there’s a new fly in the ointment: should you take the new SAT test or the old version? Or, just stick with the ACT test?

The College Board announced that effective spring 2016, the SAT will return to its pre-2005 format which includes a 1600 point scale (instead of 2400), and the essay portion will be optional.

Current juniors and seniors graduating in 2015 and 2016 will not be affected, as the current SAT will be available until January, 2016. So, that means everyone up to and including the class of 2016 should continue to study material for the current SAT.

Those graduating in 2017 and beyond have options. They can take the current SAT before spring 2016 and avoid the new version, or they can take both versions and submit the higher score to colleges. (This could present a problem however, as scaling and percentiles may be unavailable for the first test administration.) (bloomberg.com/bw/articles/2014-04-02/there-s-a-new-sat-coming-what-do-i-do)

Whether a student chooses to prepare for the new or old SAT, the question still remains: SAT or ACT?

According to an article in Bloomberg Business, the main difference between the old version of the SAT and the ACT is format. The SAT is a single test that includes 10 sections with three areas: Writing, Critical Reading and Math. The first section is always an essay that computes to 25 percent of the Writing score. Conversely, the ACT is comprised of five separate tests of varying lengths which include English, Math, Science, Reading, and Writing. There is no penalty on the ACT for guessing and marking incorrect answers on multiple-choice questions, while the SAT penalizes the student ¼ of a point for each wrong answer. (bloomberg.com/bw/articles/2013-02-06/sat-tip-how-do-the-sat-and-act-tests-differ)

Dallas-based private educational consultant Robert Allsop sums it up and says the difference between the current SAT and the ACT is that the SAT is a logic test, whereas the ACT is purely knowledge based. Allsop works to match students with compatible colleges and notes that now all colleges and universities will accept either test. In his opinion, it is really up to students to research and take practice exams to see which test they like better. He adds that he thinks the new SAT will be better, as it will be more similar to the ACT by eliminating the guessing penalty. “I think students will do better on the new SAT,” says Allsop.

Annie Mack of Slingshot Prep, which has an office of seven tutors in Addison, disagrees. She feels that even the new SAT is not as fair as the ACT. “We promote the ACT,” says Mack, “because it tests what you know versus the SAT which is more like a puzzle, where you have to decipher what the question is asking. That’s not necessarily relevant to whether or not you’re ready for college.”

Mack goes on to say that the philosophy of her office is that since the ACT is repetitive, consistent and predictable, it is a good thing. “Right now, we’re not impressed with any improvement (in the new SAT) in how they’re asking the questions.” Mack continues, “We don’t see this as an opportunity for us to be an early adopter. There needs to be a few tests administered to see how it works out. We see (taking the new SAT at the current time) as taking an unnecessary risk.”

Specific redesign specifications that compare the old SAT to the new version may be found at collegereadiness.collegeboard.org/sat-suite-assessments/exam-changes/sat-redesign-specs.

Scoring Higher on College Entrance Exams Is All About the Prep

College entrance exams. The mere thought can evoke terror in the heart of the most confident student. Fear not, says Varun Tewari, owner of Victory Step Test Prep, an educational company with locations in Dallas and Plano. “The ACT and SAT are boring, so half the battle is making it through the test,” Varun says with a chuckle.

Victory Step provides exam preparation for the ACT and SAT, academic tutoring for grades 6 through 12, and prepares college students for the GRE and GMAT exams. Students receive one-on-one tutoring at their home or in small classes at one of Tewari’s locations. CBS News ranked Victory Step as one of the Top 5 Best Test Prep and Tutoring Companies in the Dallas/Fort Worth area.

Tewari says Victory Step stands above the rest due to:

“Our objective is that students are happy with their results. That only happens with practice.” Tewari says Victory Step “puts students in the ‘test zone’ to help build endurance. They must be mentally and physically prepared to perform their absolute best.” That includes proper sleep, eating breakfast on test day and being ready to tackle the exam.

As a general rule of thumb, college entrance depends on 20% extracurricular activities, 35% GPA and 45% standardized test scores, yet the allocation of study hours is not equitable. “Over the course of high school, students study about 400-500 hours for extracurricular activities, about 4000-5000 hours to achieve their GPA, and only about 4 hours for the ACT or SAT without test preparation,” says Tewari. To combat study deficiency for standardized exams, Victory Step provides 50 hours class time plus 50 hours homework.

Tewari measures his success by satisfied customers and referrals. Plano mom, Sheree Rose says her son’s ACT Composite score climbed 5 points after attending Victory Step. (The Composite score ranges from 1 [low] to 36 [high] and is the average of the four ACT test scores: English, Math, Reading and Science.) “I wish I had used Victory Step for all my kids. They have a gift for teaching and motivating.”

Tewari says summer is a great time to prepare for the ACT and SAT. “It’s a good time to retain more material. It’s a slow and steady approach without distractions like AP exams or school year extracurriculars.”

“Summer is a great time to prepare for the ACT and SAT.  It’s a good time to retain more material….without distractions like AP exams or school year extracurriculars.”

Who Rules the Roost?

Ways Kids Can Cash-in This Summer