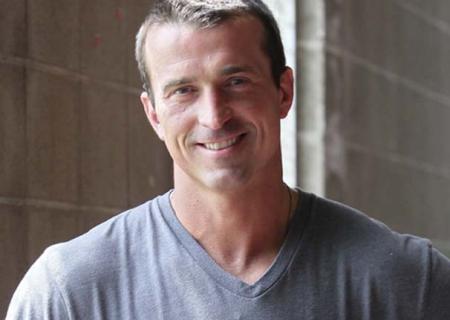 Chris Herren appeared to be a young man that had it all: talent, good looks and a bright future in college and professional basketball. Chris was a star player in Fall River, Massachusetts where he scored over 2000 points during his time at Durfee High School. He was heavily recruited by colleges and went on to have an impressive college career at Fresno State University. In 1999 Chris was selected by the Denver Nuggets in the 2nd round of the NBA Draft, then later returned to his home state to play for the Boston Celtics.

Despite the honors and accolades that Chris was racking up on the basketball court, his lifelong dream was being jeopardized by his actions off the court. Chris soon found himself entangled in the dark world of substance abuse. His journey with addiction began with alcohol and marijuana experimentation, escalated to oxycontin and cocaine use, and culminated in a near death experience that involved heroin.

Fortunately, Chris has been drug-free and alcohol-free since August 1, 2008. With the support of family and friends Chris was able to overcome his addiction and has made his sobriety a top priority. In 2011 when his struggles with substance abuse were recounted in his memoir Basketball Junkie and in the ESPN documentary Unguarded, Chris was bombarded with “desperate calls for help” from other addicts seeking a way out.

Chris has recently been traveling around the country to share his experience with groups such as CARE (Chemical Awareness Resources and Education). On November 3, 2014, Chris was the guest speaker at CARE Dallas’ 30th Annual Breakfast. Approximately 550 guests attended this event and $220,000 was raised to aid with the assistance that CARE provides to the community. Pam Blankenship, Executive Director of CARE Dallas, reported that the presence of Chris at the event “made the morning truly special, and it was inspirational to hear his journey to sobriety”.

Chris was also recently a guest on The Today Show on NBC and spoke of his harrowing struggle to recovery. He said, “I never imagined taking one painkiller could lead to 8 years on heroin – that wasn’t the plan.”   Chris stressed that parents do a great job of teaching kids about the perils of the last days of addiction, but we need to show them what addiction looks like in the first days. Chris added that it is very important to ask kids, “How come on Friday and Saturday nights you have to change yourselves? Why aren’t you good enough just being yourself at 14, 15, 16?”

Harriet Heckel, a mom of three boys ages 12, 16 and 20, was a guest at the recent CARE Dallas breakfast where Chris reiterated this belief that young people need to recognize what addiction looks like from the very beginning. Mrs. Heckel stated, “I found it very insightful that Chris wants kids to know that addiction starts the first time you are offered a drug and you make the decision to take it.”

***For more information on Chris Herren and his programs, please visit