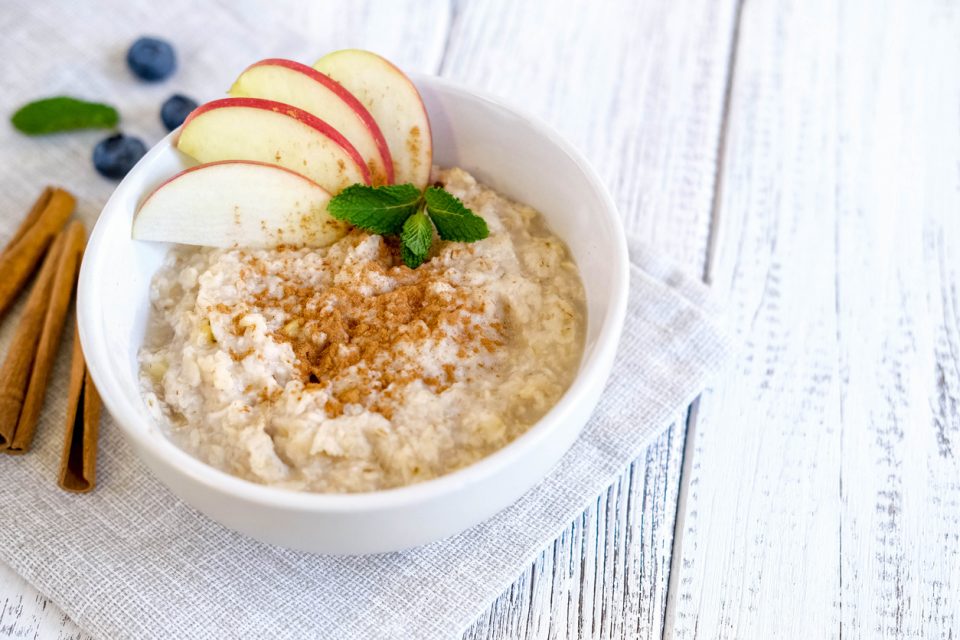 Cinnamon is one of my favorite spices and it is incredibly versatile for both sweet and savory recipes. From oatmeal to potatoes – cinnamon adds an extra warmth to most any food. Though, it wasn’t until I began studying nutrition that I realized the numerous health benefits that come from working cinnamon into your diet.

Cinnamaldehyde, the chemical compound that gives cinnamon its flavor and smell, is proven to be responsible for cinnamon’s positive effect on the health and metabolism of humans.

Cinnamon has been proven high, even higher than declared superfoods, in antioxidant properties. Antioxidants can help defend your cells from damage caused by potentially harmful molecules known as free radicals. When free radicals accumulate, they may cause a state known as oxidative stress. This may damage your DNA and other important structures in your cells.

The antioxidants previously mentioned and specifically found in cinnamon have anti-inflammatory effects, which may help lower your risk of disease.

Cinnamon has intense blood-sugar-lowering properties. Not only does cinnamon have beneficial effects on insulin resistance, but it also lowers blood sugar through other mechanisms. Cinnamon has been shown to decrease the amount of glucose that enters your bloodstream after a meal by slowing the breakdown of carbohydrates in your digestive tract. It also contains a compound that can mimic insulin which greatly improves the glucose uptake in cells. Research has revealed that cinnamon is capable of lowering blood sugar levels by 10–29%. The most effective dose is typically 1–6 grams or around 0.5–2 teaspoons of cinnamon per day.

Neurodegenerative diseases are the progressive loss of the structure or function of brain cells.

Alzheimer’s and Parkinson’s disease are two of the most common types. Two compounds found in cinnamon appear to inhibit the buildup of a protein in the brain which is one of the hallmarks of neurodegenerative disease.

Cinnamon has been widely researched for its potential use in cancer prevention and treatment. Research suggests that cinnamon extracts may protect against cancer by reducing the growth of cancer cells and the formation of blood vessels in tumors and appears to be toxic to cancer cells, causing cell death.

Cinnamaldehyde, one of the main active compounds found in cinnamon, may help fight various kinds of infection. Cinnamon oil has been shown to effectively treat respiratory tract infections caused by fungi and can also inhibit the growth of certain bacteria, including Listeria and Salmonella. The antimicrobial effects of cinnamon may also help prevent tooth decay and reduce bad breath.

There are different kinds of cinnamon: Ceylon and Cassia. For the greatest health benefits, Ceylon, also known as “True Cinnamon,” is the best option.

*As with adding anything to your daily diet, be sure to talk to your physician first.