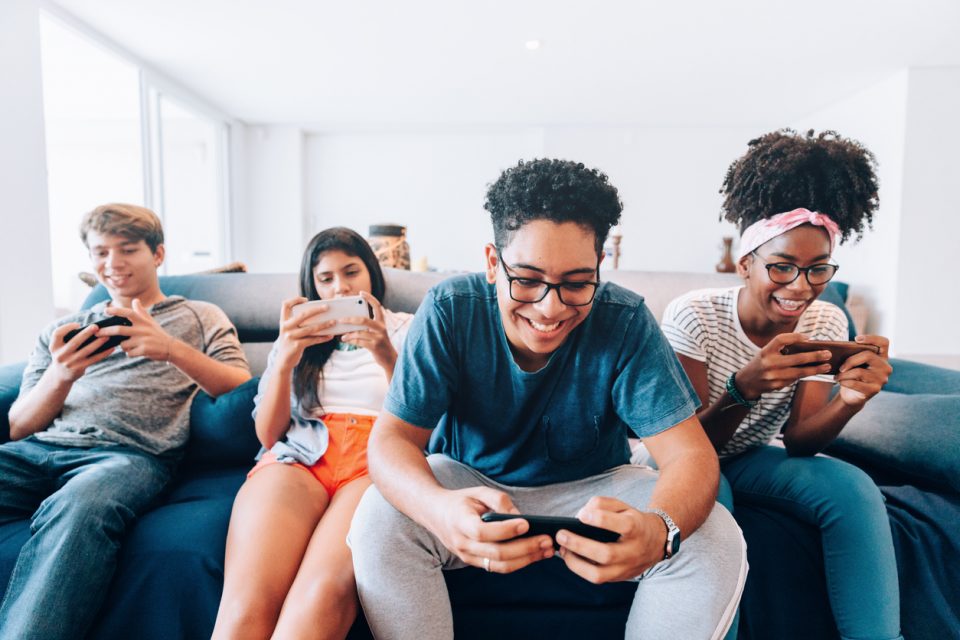 If there’s anything synonymous with adolescence, spending hours on end on the phone certainly tops the list. Of course, this behavior isn’t unique to today’s teens. Think back to your teen years. Remember those carefree days of conversing with your friends about such vital matters as what to wear to your brother’s (and his cute teammates’) baseball game; a secret crush; or the oppressive rules your parents have laid down?

In many respects, today’s teens are no different. A couple of decades back, a study by the University of Illinois found the average teen spent 2 to 3 hours a day on the phone (although only half that time was likely spent in conversation). But at the time, that seemed excessive to many parents.

Psychologists say teens need such opportunities to socialize so they can broaden and strengthen their social networks. This need for constant socializing during the teen years might appear to be a lack of responsibility or shortage of other interests. But it’s crucial to your teen’s sense of identity and social development.

Still, the amount of time teens spent on the phone and media only 20 years ago dulls in comparison to today. Videos, movies, music, video games, books, and social media are now always at adolescents’ fingertips. A 2019 report by Common Sense Media reveals kids ages 8 to 12 now spend four hours and 44 minutes per day on their phones. Teens average a whopping 7 hours and 22 minutes daily.

How widespread the problem has become is evident in that 89% of all teens now own cell phones, according to a 2018 study conducted by Common Sense Media. Interestingly, more than half of teen-owned cell phones are purchased by parents to alleviate their worries about their kids’ safety and whereabouts, says the Detroit News. The resolution of one problem, however, has created another.

Other problems have also arisen with teen cell phone use. These include high cell phone bills, safety issues when less-experienced drivers talk or text, and cyberbullying.Another issue has also evolved. According to the Pew Internet & American Life Project, 20% of teens surveyed say online correspondence has become their primary means of communication with their peers. This means they’re growing more isolated when it comes to real-world socialization.

Allow your teen’s input though, and try to make some compromises, so your teen is more willing to adhere to the rules established.

Rules and Solutions Your Family Can Live With

Parents do, indeed need to allow their teens to socialize. But teens must earn that privilege by adhering to rules.

To ensure the cell phone doesn’t consume an excessive amount of your teen’s time, set rules regarding its use. Allow your teen’s input though, and try to make some compromises, so your teen is more willing to adhere to the rules established. Here are some suggestions: