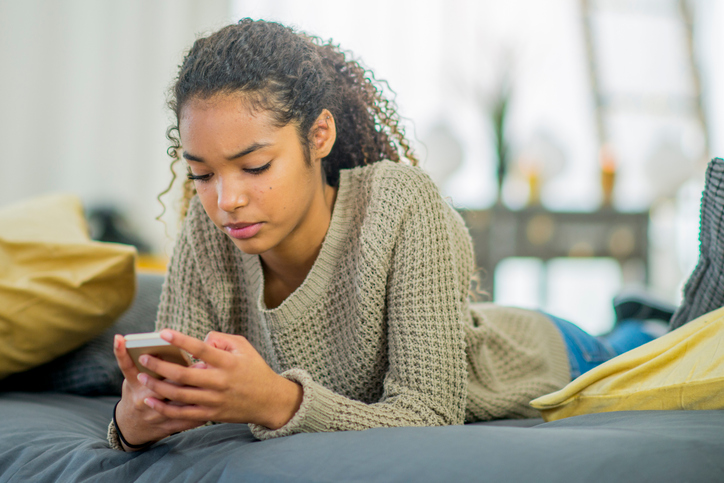 In a recent study conducted by Common Sense Media, it was found that “tweens,” aged 8 to 12, spend around six hours consuming digital media on a daily basis. This amount of consumption can become detrimental to the well-being of impressionable middle school students and can in some cases do more harm than good.

According to the Center for Disease Control and Prevention, adolescents are more lonely, anxious and depressed than ever before. Social media has proven in various instances that it can be the catalyst for these feelings among younger students.

“Youth with a stronger emotional investment in social media are likely to have higher levels of anxiety,” states the 2018 Children’s Mental Health report conducted by the Child Mind Institute.

Higher rates of depression are directly linked to the amount of social media consumed by teenagers. Higher screen rates directly correlate to reported feelings of anxiety or depression.

At the rate many middle school students are consuming social media, experts have deemed their daily routines to be overstimulating and potentially detrimental to the students’ ability to focus.

“Many experts believe that the constant overstimulation of social networking shifts the nervous system into fight-or-flight mode,” says an article by Newport Academy, a school that aids students with mental health issues. “Disorders such as ADHD, teen depression, and teen anxiety are made worse by social media overstimulation.”

With overstimulation and an increased access to media, comes feelings of insecurity among middle schoolers.

Primarily in the young, damages can be made to self-esteem and a healthy body image. These feelings of insecurity can lead to damaging effects on the mind and body and in extreme cases, eating disorders and anxiety.

“I definitely feel more pressure to look a certain way on my Instagram,” says Ava S., a seventh grader. “I feel like I constantly have eyes on me at all times noticing how I look and how I compare to others. Instagram is probably the worst for me. I follow models and influencers that sometimes make me feel really insecure and frustrated with my body.”

These pressures oftentimes can result in young girls racing to grow up and abandon their awkward phases prematurely. This isn’t inherently wrong at first glance; however, this inclination can lead to inappropriate behavior on social media that isn’t age appropriate.

“I think some people my age can’t handle social media yet,” Ava S. says. “I see people posting and sending things all the time that aren’t age appropriate. A lot of these girls are just trying to compete with the girls they see on their Instagram feeds, and I think it has been getting really out of hand.” Beyond just anxiety surrounding body image, social anxiety caused from social media has had a huge impact on students.

Middle school students constantly know what their friends are doing at all times, causing them to be hyper-connected. This means students know exactly when they are being ignored or are being excluded. Over time, this can lead to worsening social anxiety and poor peer relationships.

According to the Pew Research Center, 45 percent of students feel overwhelmed by drama and the constant updates from their friends via social media.

Around 81 percent of students report that social media has made them feel overly connected to their friends.

Although too much social media intake can be harmful, especially in younger students, social media can aid some students in having good connections.

Two thirds of teens report that social media makes them feel as though they always have people who will support them through tough times and that being connected through social media gives them an accessible outlet to express their emotions and feelings to their friends.

Forums on social media can encourage healthy behavior among teenagers, and healthy bonds can be made for those who are struggling with depression or anxiety during a difficult time. Influencers and friends posting about healthy habits can form encouragement to exercise and eat healthy. Recently, many social media influencers have been speaking out on the difficulties of mental health and the importance of a healthy mindset. This emphasis on mental health can vastly benefit a child who is struggling with feelings of isolation or depression due to a mental health condition.

Social media for middle school students is not something that should have to be avoided. Middle schoolers will most likely join social media at some point in their lives. Parents should try to have healthy conversations with their children rather than having their children avoid the platforms as a whole. Experts suggest that social media be monitored by parents but only to a certain extent.

“It’s important to be aware of what your kids are doing online, but snooping can alienate them and damage the trust you’ve built together,” says an article from KidsHealth.org. “It’s important to have a discussion with children about proper social media etiquette and the dangers that can come with improper use of social media platforms.”

Healthy and open conversations between children and parents can aid in avoiding the negative effects of social media, leaving room for some of the positive influences.

Editor’s Note: Madeline Hammett is a sophomore at the Episcopal School of Dallas, where she is a staff writer for the school newspaper, The Eagle Edition. In her free time, she loves to read, write, and listen to music.

Tweets, Texts, and Emojis: Why Communicating in Brief Snippets is Hurting Our Kids