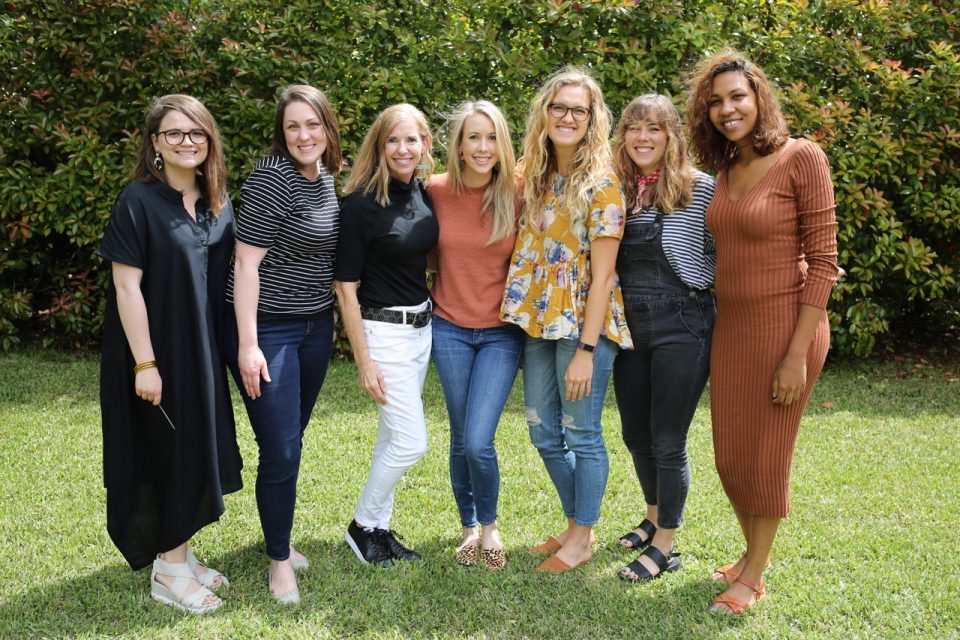 When Mary Martin says, “I cry on the regular” while at work, that’s not a bad thing.  She is just touched so often by the amazing people in the stories shared at Dallas Doing Good, where she works as managing editor, that it brings tears to her eyes.  Since its founding in 2017, Dallas Doing Good has been highlighting inspiring life stories in North Texas that you would likely not hear about otherwise.  Mary and founder Jan Osborn believe that “people are so desperate for good news,” especially lately, and that they have a unique opportunity to “move social good forward” by sharing the ways that people are doing good things in their communities.

Dallas Doing Good recognized there was a “media gap.”  Nonprofit events and sponsors were getting media coverage but not necessarily the stories of the people doing the hard work day in and day out.  Jan says, “There are people who work behind the scenes every single day, but they don’t always get the recognition.”  Realizing that we all connect to other people’s stories, they’ve made it their mission to tell not only about what individuals are doing but also why the causes are important to them.  By asking questions like, “When did you decide to dedicate yourself to this cause?” they are able to use storytelling not only to share that person’s account but hopefully also to inspire others to recognize their own cause and take action.

Dallas Doing Good holds to its core principles – to support nonprofit and social entrepreneurship sectors with kind and equitable reporting and clarity of information.

Whether they are sharing the story of a formerly incarcerated woman who now arranges transportation for others to visit incarcerated loved ones, the woman behind a program to pair local professionals as mentors to Dallas ISD students, or the story of the team helping to deliver health care to low-income populations, the focus is on the people.  Through their storytelling, they also hope to build capacity and awareness for the nonprofits themselves.

They do all of this with an all-volunteer team of writers and photographers.  “What’s really funny is they find us,” Jan says.  Often the writers have a cause that they are passionate about that they cover regularly.  Some are students or stay-at-home moms.  Many offer to write one story and end up writing more.  Jan and Mary are also very proud of their advisory council.  Having put together their “dream list,” they were thrilled when every single one said “yes.”  These cheerleaders and advocates are themselves community leaders helping Dallas Doing Good plan their next steps, including the new Spanish section that just launched, Impactando Dallas, and their new non-profit status.

As Jan reflects on the realization of her vision to tell about the deep and impactful nonprofit work going on in the Dallas area, she says it’s been “a little overwhelming” but ultimately “so rewarding.”  Hearing about how stories have touched people or helped a nonprofit makes it worthwhile.  In a year with so much negativity when you read or watch the news, these stories are especially refreshing.

At the beginning of the pandemic actor John Krasinski started a YouTube show called Some Good News, a show dedicated to sharing positivity with heartwarming videos and stories of compassion.  After eight episodes he had over two and a half million subscribers.  The show has since been sold to Viacom, but he ended the final episode with these words, “I’m John Krasinski, no longer needing to remind you that no matter how hard things get, there is always good in the world.”   Dallas Doing Good wants to make sure we don’t forget that.

Editor’s Note: Visit www.dallasdoinggood.com to read the good stories of good people doing great things in North Texas and to subscribe to their weekly newsletter.