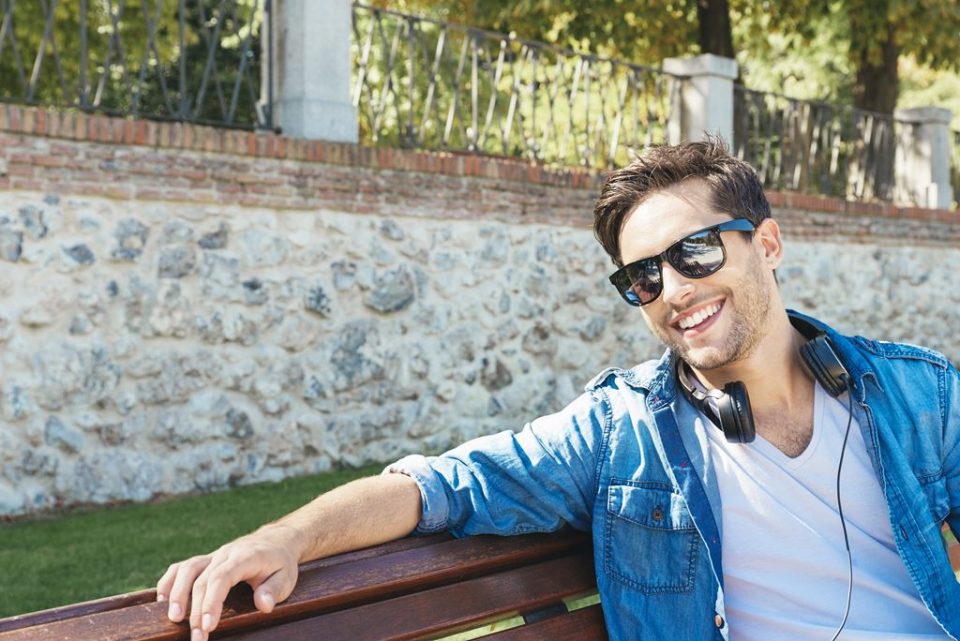 What makes men happy? Contrary to what internet memes would have us believe, the keys to men’s happiness in life are not beer and sex. (Although many men would attest these may help.) There are a number of factors at play with regards to a man’s satisfaction with his life. What are they?

It’s very common in today’s world for men to be less likely to form and maintain bonds with other guys. In general, it’s harder for both sexes to make new friends after graduating from high school or college, where you’re surrounded by people around your age in similar circumstances. Adults rarely have this advantage, and men face an additional challenge to forming new friendships. While women typically form friendships from talking, men’s friendships tend to originate in shared activities. As we grow older, the demands on our time also grow due to the responsibilities of work and home. This leaves little time for these activities, leaving men in the lurch when it comes to establishing new buddies.

Dr. Ari Zaretsky, psychiatrist-in-chief at Toronto’s Sunnybrook Health Sciences Centre, maintains that “having a social support system has been shown to promote resilience, not only for mental illness but even for physical illness.” Social connections offer mental and physical benefits:

Robert Waldinger is director of the Harvard Study of Adult Development, one of the longest-running studies of adult life ever done. In his TED Talk, “What makes a good life? Lessons from the longest study on happiness,” he discussed this study, which tracked the lives of two groups of men for over 75 years, and now tracks their Baby Boomer children. Waldinger states, “The clearest message that we get from this 75-year study is this: Good relationships keep us happier and healthier. Period.”

So, how can you make new friends? Repeated contact is your best friend (pun intended!). Where do you go regularly besides work? Does your company have a softball or bowling team? Does your church have a Sunday class? Get your hair cut at a men’s barber shop that offers membership and stay for a drink or a cigar after. Going to your kids’ sporting activities? Make a deliberate effort to talk with the other parents each time.

Another key factor in men’s happiness relates to their jobs. The 2018 Harry’s Masculinity Report surveyed 5,000 men ages 18- 95 across the US. The report alleged that the strongest predictor of men’s happiness and well-being is their job satisfaction. What does that look like? Does that mean being CEO? Does it mean recognition and awards? Making the most money?

No, the strongest predictor of job satisfaction is whether men feel they are making an impact on their companies’ success. A man is more likely to feel he’s making an impact if he feels he is able to use his own unique talents in his job. Making an impact is also influenced by whether he is surrounded by a diverse set of perspectives and having opportunities to talk with co- workers easily and often. Feeling his opinions are valued and being inspired by the people with which he works are also important factors in a man feeling like he is making an impact.

Work success isn’t dependent on job satisfaction. After all, you can be very successful in a position that doesn’t satisfy you. Success in your position is often due to that magical combination of effort, appearance, and emotional intelligence.

Before you bristle at the thought of your appearance having an effect on your success, remember that oftentimes, it’s not about your actual looks. It’s all about your presentation. Well-groomed men are trusted to represent their organization competently because they represent themselves well. The guy who looks like he’s often in need of a shower and a shave isn’t going to be the first choice for choice positions.

If you’re not sure that your monthly visit to Supercuts qualifies you as “well-groomed,” book a style consultation at The Gents Place. As founder Ben Davis stated, “When life prompts us to attend a task with regularity, we might as well attend to it while surrounded by like-minded gentlemen, complimentary top- shelf drinks, and curated advice. Such is the path to looking our best, feeling our best, and becoming our best.” (Incidentally, if you’re friends list is looking a bit thin, visits to The Gents Place may be an excellent opportunity to create new social contacts. The franchise offers membership programs and is designed to facilitate conversations. You may leave with not only a better look, but a new friend or two as well.)

A bonus of being on top of your grooming is the potential for positive response from a man’s partner. Taking pride in your appearance is an attractive quality, whether at work or at home. Success can be found on both playing fields. And that’s bound to make a man pretty happy.

15 Ways to Earn Extra Money On The Side