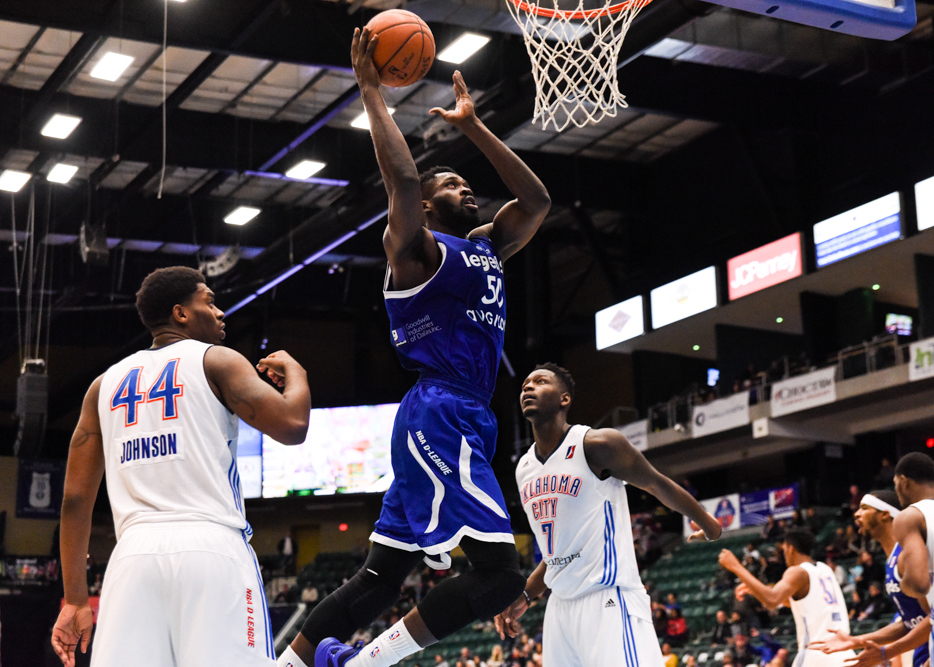 “Coach Galanopoulos has put together an all-star staff, each of them bringing something unique and valuable to the team,” said Legends President/General Manager Malcolm Farmer.  “They’ve done a great job already of integrating into the Legends’ culture in the office and out in the community, and we’re excited to see them get to work on the court.”

“I’m very excited to be working alongside this staff for the upcoming season,” said Galanopoulos.  “Besides the experience and talent everyone brings, it’s the loyalty, integrity and commitment to helping others that sets them apart.  I can’t express enough how fortunate I am, as well as our team is, to have these guys around every day.  They’re solid people and everything you want in a coaching staff.”

Eric Snow enters his third season with the Legends, being promoted to Associate Head Coach.  The Ohio native originally joined the team through the NBA Assistant Coaches Program after working at SMU as Director of Player Development under Hall of Fame Coach Larry Brown.  Snow played 14 seasons in the NBA, earning the NBA Sportsmanship Award and J. Walter Kennedy Citizenship Award.

“Eric’s resumé speaks for itself and makes him invaluable to the development of the players and staff,” Galanopoulos stated.  “But what is most respectable about him is his love for his family and impacting others. Those are qualities that are immeasurable to a team’s success in the long run.”

Nelson Terroba has worked at every level of the game of basketball, spending time as a facility director, high school coach, assistant with the Texas Longhorns, and professionally both overseas and in the NBA family.  The University of Texas alumni spent the past two seasons in Canada as the head coach and general manager of the NBL’s Saint John Riptide.  Under Terroba’s leadership the Riptide qualified for the playoffs both seasons and finished #2 his first season and #1 his second in overall defense.  Terroba also coached multiple players to All-League awards both seasons with Saint John.  Prior to joining the NBL, the Texas native did two stints in the G League with the Erie Bayhawks and Bakersfield Jam (where he worked alongside Galanopoulos).  Terroba also spent a summer as a head coach in a NBL/CBA Summer Tour, coaching his team to a 9-0 record.

“Nelson is one of the best coaches and teachers of the game I’ve been around, whose preparation and attention to detail are second to none,” Galanopoulos said.  “Our players and staff will benefit greatly from his mentorship and prior experience in leadership roles.”

DJ Nelson also enters his third season in a coaching role with the Legends after serving as an international scout for the team for four years.  Nelson joined the Legends straight out of college, using his prior experience in operations and scouting to quickly build rapport in the front office.

“DJ’s experience in scouting and coaching brings value in a variety of areas to this organization and its players,” Galanopoulos said.  “He also embodies the work ethic and enthusiasm we covet here with the Legends. I’m excited to see his continued growth as a coach and professional.”

Conor Dow returns to the Legends for his second season as an assistant coach.  The Massachusetts native worked as a player development intern with the Mavericks prior to joining the Legends where he first met and worked with (now Head Coach) Galanopoulos.  Prior to his time with the Mavericks, Dow spent two seasons as the Director of Basketball Operations at Lafayette College.  Dow played college basketball at Clark University where he got his start in scouting/recruiting as a student-athlete.  After graduation, Dow served as Director of Basketball Operations at the MPLEX before a brief stint at MIT as an Assistant Men’s Basketball Coach.

According to Galanopoulos, “Conor’s extensive background in player development and infectious love for coaching will be integral to the growth of our players throughout the season. There aren’t many better working on the court than him, and he’s continued to improve every year. I’m looking forward to being a part of his ongoing development as well.”

Brock Berenato returns to the Legends for his second season being promoted to the Director of Basketball Operations for the team.  Prior to joining the Legends, Berenato worked as an assistant video coordinator for the WNBA’s Atlanta Dream.  The St. Louis native was a Sports Communication major at Bradley University before serving as a graduate manager and video coordinator for the VCU women’s basketball team.  Berenato then spent three seasons as the Director of Video and Player Personnel for the Georgia Tech women’s basketball team.  Berenato is widely known as a student of the game, bringing a strong attention to detail to the staff.

“Brock has established himself as one of the hardest workers in the business,” Galanopoulos stated.  “His willingness to do what it takes to get the job done and done well exemplifies what we’re about. He makes a lot of things happen behind the scenes that we’re very grateful for.”

Jeff Martin Jr. joins the Legends straight from his Master’s program at Stephen F. Austin University where he served as a graduate assistant with athletic operations.  Martin played college basketball for Murray State University for two seasons before transferring to LeTourneau University where he earned American Southwest Conference Player of the Year and National Association of Basketball Coaches All-American.  After graduation, Martin also served as an assistant coach for the Yellowjackets.

“We’re very lucky to have someone like Jeff who has valuable experience on both the basketball and operations side,” said Galanopoulos.  “He exemplifies the genuinely helpful type of person we want here on staff, and we’re confident he’ll fit in perfectly.”

The Legends will open the 2019-20 season on the road against the Memphis Hustle Nov. 8th, returning home for a rematch the following night in the home opener at the Comerica Center Nov. 9th at 7:30pm.  For tickets or information call 214-469-0822 or visit www.TexLegends.com.