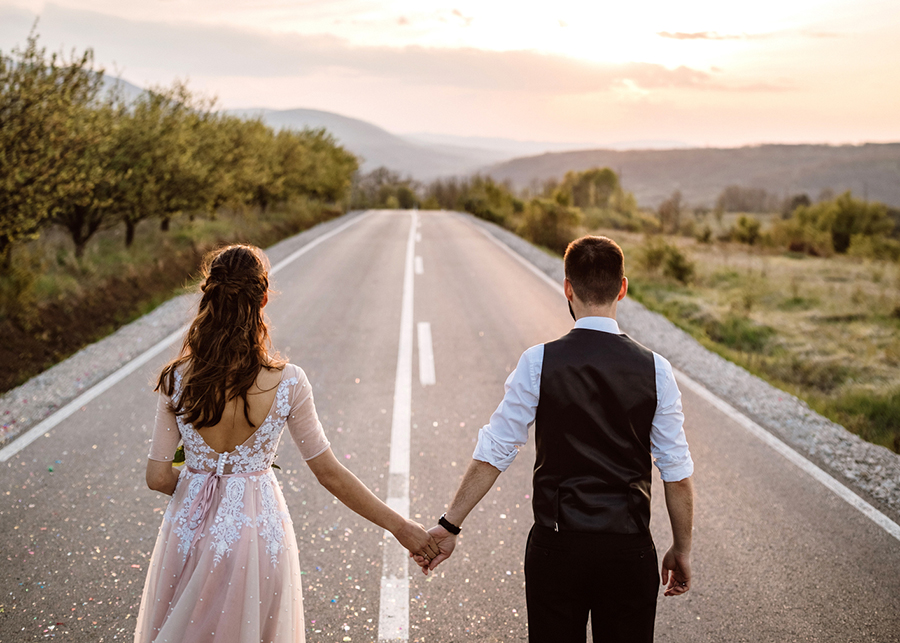 The “pre-nup discussion” is a lot like the “birds and the bees talk” in that the mere mention of either is grimace-inducing, despite their potentially formative roles in one’s future.  I mean, let’s be honest, a person saying, “I’m madly in love with you, but just in case this doesn’t work out, I’d like you to sign this document” wouldn’t inspire the next Danielle Steel novel.  So, how can a person even broach the subject without sounding like he or she is already hedging their matrimonial bets?  If wedding bells are in your child’s (or your) future, here are some thoughts on whether a pre-nuptial agreement may be worth considering and how to approach it.

For better or worse (pun intended!), about half of all marriages end in divorce.  As such, it’s not crazy to plan for that event.  Heck, we buy life insurance to protect our families in the event we die, but don’t even get to enjoy the benefit.  A pre-nup allows both spouses to plan for and have more control of the divorce process—not a bad thing at all.  In fact, an attractive reason for considering a pre-nup is that, because the parties will have already agreed on how assets will be divided, they’ll spend much less on their divorce lawyers.  With apologies to my esteemed colleagues, I suspect most everyone would get behind that.

To decide whether a pre-nup is right for your child, you need to know what it does and doesn’t do.  They can be drafted creatively and to encompass more, but the crux of most is to have a legally enforceable document saying, “What’s yours is yours and what’s mine is mine.  If we divorce, this is what you get and this is what I get.”  Texas is a community property state, so assets accumulated prior to marriage and anything acquired by gift or inheritance is considered separate property.  On the other hand, everything earned by either spouse during the marriage is considered community property and presumed to be part of the marital estate subject to division at the time of divorce.  That means the marital estate could have more than 70 years to grow if a person gets married in their 20s or 30s.   A pre-nup can take the guesswork—and expensive fight—out of how that potentially substantial marital estate will be divided.

You have to ask yourself whether you think it’s fair if everything earned during the marriage is divided with no consideration to which spouse earned it.  If not, then you may want to consider a pre-nup.  Say your daughter Suzie toils through college and then medical school.  Your shining star becomes a cardiologist making $800,000 annually.  She marries Steve, who’s a great guy, but is taking some extra time to find his passion in life.  At the age of 29, he decides to become an animal photographer, specializing in amphibians.  He’s pretty good at what he does and is able to earn about $30,000 each year.  After 10 years of wedded bliss, Steve takes an interest in a herpetologist studying the frogs he’s photographing.  The attraction is too strong—Steve finds a second passion in life and files for divorce.  Due to Suzie’s hard work and earning capacity, they accumulate a marital estate of $5,000,000.  Sue has earned more than 95% of it.  When they divorce, Steve wants half.

The Suzie and Steve scenario happens more frequently than you may think.  If you don’t believe Steve deserves $2.5 million after his toad-lady transgression, then consider having Suzie get a pre-nup.

Sure, there are taboos associated with pre-nups, but spouses often find they lead to healthier marriages.  Money is a known marital stressor, so why not take it off the table?  I’ve had a number of “Steves” who want pre-nups.  Why?  Because they want to show they aren’t marrying their fiancé for their money—which is actually a pretty romantic thought.

And even though pre-nups determine how community property will be divided, they are also a great tool for ensuring separate property remains separate.  They are especially useful if your child is the beneficiary of a trust, has real estate, or otherwise owns significant assets at the time of marriage.  During a marriage, it’s easy for separate assets to be co-mingled with marital property.  “Mixed-character” assets are created, and the net result is that it becomes difficult to track and salvage the separate property if there’s a divorce.  Pre-nups can eliminate the need for asset tracing—often the most expensive part of a divorce—and are also a way to control property distribution upon a person’s death (i.e.—to make sure Steve doesn’t get every dime if Suzie dies during the marriage).

If you do decide to explore getting a pre-nup, DO NOT wait until the last minute to get it.  They are presumed enforceable in Texas if they contain required provisions but can be tossed out for various reasons, mainly centered around voluntariness and unconscionability.  Suffice to say, presenting a pre-nup to a bride in her white dress preparing to walk down the aisle is problematic.  The key to ensuring pre-nups are enforceable is disclosure.  Both parties must make a complete listing of assets owned at the time of marriage.  Ideally, both parties are represented by attorneys who practice family law on a regular basis.  There should be a formal execution of the document, similar to a home closing, with a court reporter present.  For added protection, I recommend having the signing videotaped.  Finally, the agreement should be “reaffirmed” with both parties’ signatures after the wedding.

It’s important to note a pre-nup can pre-determine children’s visitation and conservatorship issues in the event of a divorce but that those terms will always be reviewed by the Court to make sure they are in the children’s best interests.  For this reason, most pre-nups focus on asset division.

No one gets married planning to get divorced, but it’s a potential reality for every person who says, “I do.”  Pre-nups aren’t for everyone and viewed as downright distasteful by some.  But, for many others, they help clear the path for a healthy marriage.  If nothing else, they guarantee an honest conversation about money will take place before two financial futures become inextricably intertwined.  Most clients who get pre-nups are just like I was when dad sat me down for the “birds and the bees talk”—somewhat reluctant at first, but, when it’s all said and done, glad they got it.