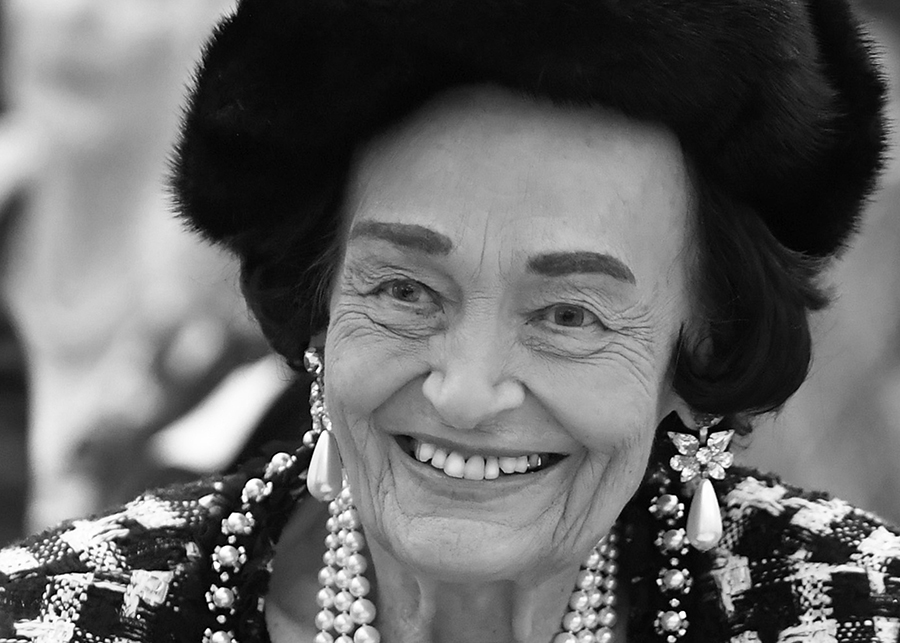 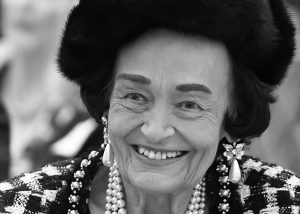 Virginia Chandler Dykes
Leadership is one of the best lessons one can provide, and many Texas Woman’s University graduate students have benefited from Virginia Chandler Dykes—not only from her leadership but also from her mentorship and philanthropy.  Because of her vision, more than $700,000 in scholarships have been provided to TWU graduate students.

“Get a good education, and no one can take that away from you,” Virginia recalls her grandmother saying.  An alumna of TWU’s graduate occupational therapy program and former director of the Occupational and Recreational Therapy Department at Baylor University Medical Center, Virginia’s always been inspired by those words. At 89, she remains passionate about helping students achieve their dreams.

“The scholarship fund was such a success that a friend suggested we do something to honor clinicians and community leaders, who are creating a greater awareness and helping more students,” said Virginia.

Beyond supporting education, Virginia’s time and resources have been shared with multiple organizations including the Dallas Opera, the Dallas Arboretum’s Women’s Council and the Fort Worth Opera.

The mother of three sons and grandmother to twins, Virginia treasures her family and relishes time spent with them.

Setting the example of education first, Virginia believes “enabling young people to reach their dreams has always been a joy. Without a doubt, education is one of the most important investments we can make in our country’s people and its future.”  Photo Credit: Kristina Bowman 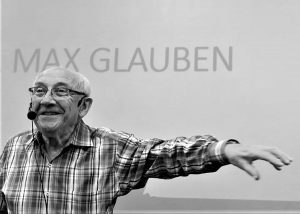 Max Glauben
“My name Glauben means ‘believe,’ and it is indeed belief that has kept me going,” says Max Glauben, who at 91-years-young has shared his story thousands of times around the world.

Max, who lost his entire family during the Holocaust, survived, and it has been his mission to let people know of his experience and his prayer that “never again,” be true—not just a saying.

Max speaks weekly at the Dallas Holocaust Museum/Center for Education & Tolerance, of which he is a co-founder and lifetime board member.  He travels to schools, synagogues and churches, and organizations, and also has been a chaperone 14 times on the March of the Living Tour to Poland and Israel, bringing a face to one of history’s darkest seasons.

Born in Warsaw, Poland, Max was 13 when sent by boxcar to Majdanek, then Budzyn, Mielec, Wieliczka and Flossenburg. He was finally liberated while on a death march to Dachau.  When he came to the United States, he was alone as his parents Faiga and Isaac and his brother Heniek were killed among 6 million Jews and 5 million non-Jews.

Max’s light will shine an eternity—he one of 19 included in the Dimensions in Testimony initiative of the Shoah Foundation. Answering 1500-plus questions, Max is being produced into a 3D hologram to interact with visitors at Dallas’ Holocaust Museum as well as learning institutions around the world. “We created ‘conversations’ I’ll have with the children and grandchildren of the youngest people I meet now.”

Max also founded the Max Glauben Holocaust Educational Foundation, through which the Dallas Holocaust Museum, Dallas Hebrew Free Loan Association, and the March of the Living are supported by his lecture honorariums, proceeds of the documentary, Plagues of the Soul: The Story of Holocaust Survivor Max Glauben, and private donations (email moniekg@aol.com).

“People need to hear and know that it did happen—and that it should never happen again, never again,” said the always smiling, always spirited senior.  Married 66 years to his precious Frieda, Max is the father of three, grandfather of seven, and great-grandfather of two. “Life is full when you are being busy, being nice, and doing good—it’s doing what comes naturally.” Photo Credit: Deb Silverthorn 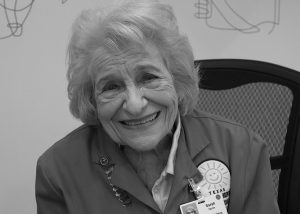 Sarah Yarrin
A native Texan, Sarah Yarrin’s 92-year-old smile is as expansive as the state, her warmth more than any thermometer reading.

The widow of Marvin Yarrin, the two married just shy of 50 years, they were the Yarrin Group.  Sarah earned her real estate license and the loving team sold businesses and properties. Having put her education on pause to raise their family, Sarah completed her degree in early childhood education at Texas Woman’s University – the couple later owning Wee Care, a downtown Dallas daycare.

The mother of three daughters, ten grandchildren and spouses and 21 great-grandchildren, Sarah keeps a monthly log of all birthdays and anniversaries.  “Bubbie” to the next generation, the former PTA mom and Brownie Troop leader now stops by her littlest ones’ preschool.  Being close to young ones, all around her, keeps her young.

Welcoming Texas Scottish Rite Hospital’s patients, she’s marked 33 years and many miles in the halls, watching generations return for checkups.   “I adore the children and I love seeing them through the years,” said Sarah, who works the clinic every Thursday from 7:30a.m. until noon.

A former violinist, Sarah’s musical adoration has continued for 34 years as a member of the Temple Emanu-El choir.  It is there she’s also involved in Sisterhood, as a former chair Music Committee chair, and where she attends classes and services, often providing English readings of Torah and prayers.

Sarah’s other half is her dear friend Jack Repp, who with Dan Lewin wrote Dreams & Jealousy; The Story of Holocaust Survivor Jack Repp.  In Sarah, Jack has an ace publicist.

“I can’t learn, exercise, or sing enough – it’s all about being with people I respect and enjoying the time we have together,” said Sarah – who appeared in the May 5 performance of Annelies: A Musical Adaptation of the Diary of Anne Frank at her synagogue.  “I’m proud of my age.  My glass is always half full, and I put one foot in front of the other.” Photo Credit: Texas Scottish Rite Hospital 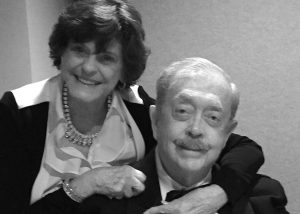 Don & Marilyn Walsh
Marilyn and Don Walsh don’t sit still much, but when they do, it’s together—perhaps on the high seas or across the globe. The two, at ages 82 and 83, are forever on the go.

She is originally a Michigander, and he is from California, but the Metroplex has been their home since 1973. Here they’ve built a beautiful blended family of eight children, 13 grandchildren and eight great-grandchildren.

Re-tire, to this couple, means putting new wheels on their vehicles because they aren’t likely to stop working anytime soon.  Don is a former commercial airlines pilot and is a customer support driver for Sewell Lexus, while Marilyn is the Victims’ Assistance Program Director at the Counseling Place in Richardson.  The couple, whose life is in synchrony, have a home away from home at the Richardson Symphony, where she is the past president of the Symphony’s League and he is the chair of the annual Robert Burns Night.

The Counseling Place, which supports victims of crime who live in Richardson and some surrounding areas, provides professional counseling, education about the criminal justice system and victim rights, assistance with understanding and applying for crime victim compensation, and finding and accessing additional social service agencies.

“I’m a people person, a problem solver, and after helping a friend escape a bad situation, I was inspired to help others,” said Marilyn, who returned to school after raising her family, studying at UT Dallas.  “Sometimes the days are sad, but the work is rewarding and our staff is a family.”

Don, who wanted to be a pilot since he was a toddler, flew in the Air Force, the Milwaukee Air Reserve, and the New York Air National Guard. Now, putting miles on the road, he remains young at heart traversing Texas and surrounding states, delivering and picking up client vehicles.

“I get to meet new people every time I’m out and being out there gives me a purpose, a reason to get up in the morning,” said Don.  “It’s all about being busy, doing with and for others, and remembering to be thankful for those around you including the One above.” Photo Credit: Marilyn and Don Walsh