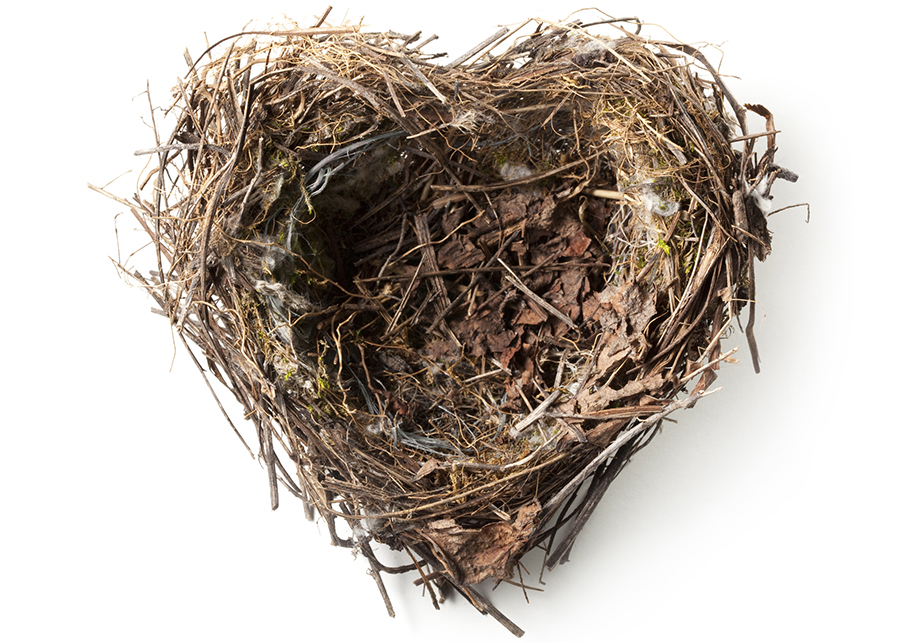 “I never saw this coming.  Of course, I was happy for my children’s success but did not expect to be so depressed once they actually left home,” says my friend Dorothy.  She recently moved the youngest of her three children to a college apartment.  The drive home from the university began happily with car windows rolled down and music playing.  Her thoughts were on redecorating and work-related tasks.  After a few days of quiet, however, Dorothy found herself staring blankly at the dinner table that was set only for herself.  Her plans for filling her new-found spare time became blurry and then vanished.  She took a nap instead.

Dorothy was experiencing depression from what some call a “passage” or a “transition” from a child-centered existence to the next chapter of her life.   According to Dr. Sandy Gluckman, “It isn’t really a transition at all.  It’s a parent whose identity has been so connected with the child-rearing role that she is unable to define herself as a separate being.  This woman is saying ‘I don’t know who I am.’ It’s not a transition—it’s an identity crisis.”

This is not an uncommon phenomenon, especially for women who had children at a young age, never had a trade or career and did not have the resources to develop an adult identity apart from the role of parent/caregiver.  Moreover, many parents choose to become immersed in their children’s activities at the expense of their own interests.  Many parents are consumed with driving from one practice to the next, dance lessons and tutoring when children are young and attending doctor’s appointments, games, plays, and special events in the teen years.  Just spending time with children—riding bicycles, vacationing, and doing household chores—combines with supportive tasks like laundry, cooking, and shopping to fill time.  In fact, it can fill all a parent’s time at the expense of personal time.

Dr. Sandy often meets with young parents and encourages them to develop outside interests early.  If they like exercising, painting, or sewing, she suggests they set time aside to keep doing these things as their children grow up.  Parents need to have their own fulfilling lives apart from their children.  In fact, parental hobbies invite and teach children about developing their own interests.  In her long experience as a professional psychologist and counselor, Dr. Sandy believes that those parents who incorporate their outside interests into their lives make happier individuals in the long run and have an easier time managing life transitions.

Those who don’t have a vibrant life outside of family duties may experience anxiety and depression when the caregiving role is suddenly gone.  At some point, children don’t need a full-time parent any more.  Instead of feeling sad about the child leaving, congratulate yourself on a job well done.  My friend Dorothy raised her children to be independent and self-sufficient and to make good choices.  Should she be surprised that they have turned out exactly as planned?  Now they call to check in with her and talk about what they’re doing.  Sometimes they need advice.   But they don’t “need her” as a caregiver like they used to.  It’s actually very liberating.

To Dorothy, Dr. Sandy would say, “Well done! Now, what would YOU like to do? Let’s focus on the positives.” Neuroscience tells us, in short, “You are what you think.”  Focusing on positive thoughts actually changes the chemistry of the brain by increasing the serotonin level.  Serotonin is a chemical neuro-transmitter that contributes to overall well-being:  thus, it is possible to “rewire” your brain with a more hopeful vision.  Dr. Sandy calls positive thinking, “Taking back your power.”

Our children grow up. They lead productive lives, often marry and have children of their own.  They make their own decisions, handle their own problems, and have marvelous stories to bring home as adults.  Parents get to know their children all over again as adults, along with getting to know themselves.  When children leave, it’s the beginning of a new adventure for parents to create a purposeful life.  It’s time to put caregiving aside and focus on yourself.  Hobbies, travel, time for new friends, books to read.  It’s time to “fill up” your time with the you that has been misplaced along the way.  It’s time to reconnect emotionally with your passion and move forward.

Embrace your children and embrace yourself.  It’s time to write your new script.  Where will you start?

Editor’s Note: Dr. Sandy Gluckman is a learning and behavior specialist, working with parents whose children have attention, behavior, or mood problems to find drug-free solutions. Find her at 972.758.1246 or sandy@gluckmangroup.com.  More information is available at:

Nosh Around the Clock

Gift Ideas for the Graduate