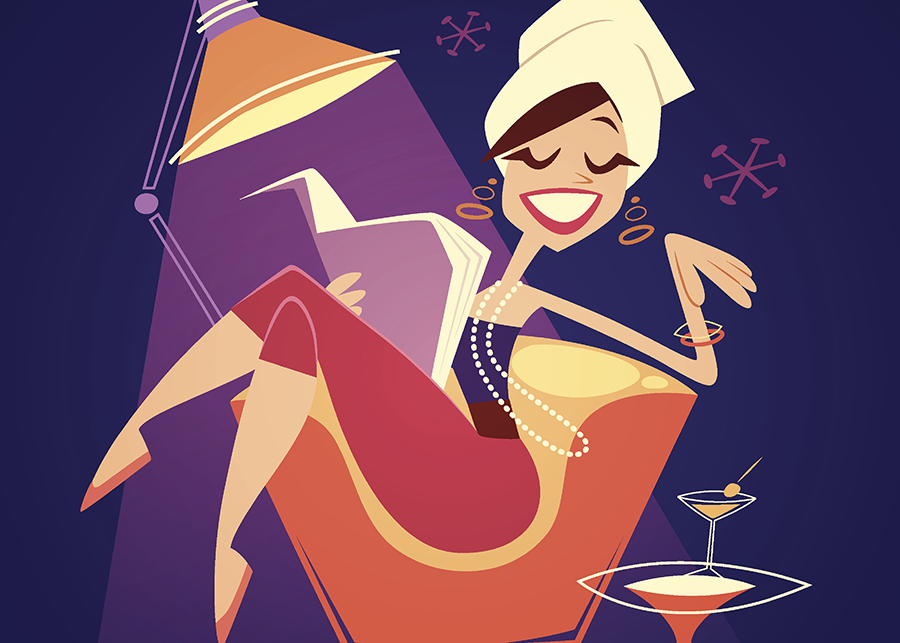 Whether you refer to him or her as your hairstylist, your hairdresser, or your coiffeur, often it’s a committed relationship that has survived a lot of ups and downs.  Considering that every month or two this is a person who gives you undivided attention for at least an hour, it is likely more time than you spend with many close friends and family.  These men and women may be great with shears and color, but the really good ones are also likely to have a good listening ear.

My own hairdresser started cutting my hair before I even had a driver’s license, so we’re going on 35 years. In high school Andrew gave me multiple perms, and there have been several foil highlights over the years.  He helped me decide how to wear my bridal veil, and when I got in a car accident weeks before the big day, he cut bangs to cover my scar and even came to the wedding.  When I was on bedrest with twins and worried when I’d ever be able to get out the door again after they were born, he came and cut my hair in my living room as I sat at the end of the sofa.  He’s now helping me cover my gray.

A couple of months ago, Andrew shared his expertise with our family in a way that went above and beyond anything I could have expected.  My grandfather, age 99, was admitted to the hospital days before his scheduled haircut.  When we finally took him back home to spend his final days, he was looking pretty “scruffy.”  Andrew actually visited him at home to give him his final haircut just five days before he passed away.  Though not representative of Andrew’s great skill, he gave my grandfather, a 30-year Air Force veteran of three wars, the haircut he deserved for his funeral with full military honors.  In that moment, I knew Andrew was so much more than my stylist—he’s a true friend.

Recently I’ve realized I’m not the only one with this long-term stylist/client relationship.  In fact, a recent study in the UK showed that while only 69% of adults reported being in a relationship with someone, 74% reported being committed to a hairdresser.

HERE SOME LOCAL WOMEN SHARE WHY THEY LOVE THEIR HAIRSTYLIST:

“My hair stylist is the only person on the planet who knows my true hair color! She’s my monthly counselor and a great person to check in with, and she can see how my life is getting better or worse. She helps hold me accountable, since she sees me regularly but only monthly. I love Evelyn!”  – Laura

“I went to Doreen at a salon near my home with my oldest daughter Lindsey in the infant seat.  Lindsey is about to turn 40 next month.  Doreen is actually from Long Island in the same neighborhood where I taught school.  Over the years, she’s attended my kids’ weddings, my 70th birthday, and I even went to her father’s funeral.  When she had her second baby, I gave her a week of child care as a gift.  I can’t tell you how many people I’ve sent her way.  Of course, we’ve gone through some crazy hairdos, too.  I’ve taken in old photos and said, “Doreen, what were we thinking?”  – Patti

“I’ve been going to Vida for nearly 10 years and she is not just a great stylist, but also an incredible sounding board. She is definitely more expensive than a therapy session but worth every penny!”  – Kristina

“Going to see Leigh is better than a bartender!  She has seen me through a divorce, re-entry into dating, my angst over the empty nest and my metamorphosis into this next chapter in my life.  She even met me in the Kroger parking lot on her day off to put lashes on for my first date after my divorce. That type of dedication is something I am so grateful for.  Not only do I leave her salon looking better, but I also feel so much better.”  – Tricia

“I’ve always heard the stereotype of women sharing secrets with their hairdressers, but I have never had someone like that until now. My hairdresser is part therapist, mainly because he doesn’t talk much. He listens and nods and agrees!” – Katie

“I’ve known Jean-Claude for nearly 3 decades, after finding him by chance fresh from France working his magic at Jose Eber Salon in Dallas, and then following him years later to his own salon. He has seen me through thick and thin (life and hair). I’ve taken calls, practiced speeches, cried over plenty of spilled milk, and made quite a few work deadlines on my smartphone while he cut, colored, and coiffed.  All the while, whenever he weighed in with his wonderful accent, it was, and still is with the utmost care and kindness.”  – Sheryl