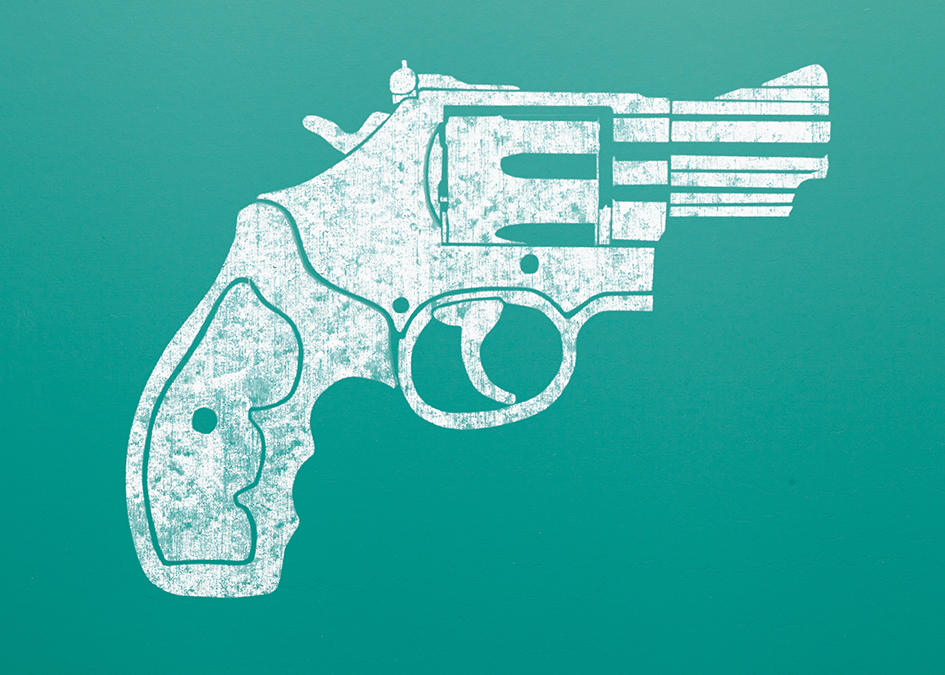 Talking about guns is always controversial. No matter which side of the political aisle you stand on, we all agree that we want to keep our kids safe. After all, guns are the second leading cause of death among children. How to keep them safe in schools, movie theaters and at concerts leads to discussions that are much broader than we can tackle here. You would probably be surprised to know, however, that one of the most unsafe places for children could be in their own home.

It’s an alarming statistic. Every day eight children are shot unintentionally with loaded, unlocked guns in homes. It’s referred to as “family fire,” and a new ad campaign by the Ad Council in collaboration with the Brady Center to Prevent Gun Violence (named for Jim Brady, who was permanently disabled by a gunshot wound during the assassination attempt on President Ronald Reagan) is working to increase awareness about the dangers of unsecure guns in the home.

“Eight kids shot a day is a public health crisis,” according to the American Public Health Association. “We are committed to keeping families safe, and for those who live with a firearm in the home, we strongly urge proper gun storage,” they add. It is estimated that 4.6 million children have access to unlocked and loaded guns, but keeping guns locked and unloaded reduces “family fire” risk with kids by 73%.

Maybe you’re not a gun owner yourself – that doesn’t mean you shouldn’t be paying attention to the message of this campaign. Since over 1/3 of Americans do own a firearm, chances are that when your kids go to friends’ houses, they could be in a home with a gun. It becomes equally important for every parent to talk about gun safety with their kids. It also means talking to the parents of your child’s friends to find out if they have guns and if they are stored securely. After all, when it comes to your child’s safety, you can’t worry about seeming rude or overbearing. If they’re responsible gun owners, they shouldn’t mind you asking.
In cases of divorce, parents may need to ask the same questions when the children are visiting the ex-spouse’s home. Collin County District Judge John Roach says, “I have had many divorce cases in which the parents disagree about guns being in the other’s home. The judge then has to decide what to do about guns in the respective homes.” Of course, it’s always best if the parents can come to an agreement and don’t need the judge to make that decision for them.

The “family fire” issue of unintentional shootings is real, but there’s another alarming statistic that drives home the importance of properly securing firearms. In America, 8 out of 10 firearm suicides among adolescents are committed with a gun belonging to a family member, usually a parent. Suicide is the second leading cause of death among young people, and nearly half involve the use of a gun. More than 2,000 young people in the U.S. ages 10-19 died by suicide in 2012 alone.

In a study published in 2015 in JAMA Psychiatry, data from a national survey of 10,123 U.S. adolescents, ages 13-18, revealed that one-third of the teens reported living in a home with a gun. Of those, 41 percent said they had easy access and the ability to shoot that firearm. Even more disturbing, the percentage was the same among teens with a history of mental illness or suicidal behavior. Studies like this drive home the importance of the Brady Center’s message. Several suicide-prevention organizations have even begun handing out free gun locks as a deterrent. When a Utah state representative learned his district had the 4th highest suicide rate in the nation, he presented a house bill to increase awareness and to hand out gun locks. Now run by the Utah Suicide Prevention Coalition, organizations including the National Guard, the National Rifle Association and local gun shops, have distributed over 40,000 gun locks. Through their Lock and Talk Virginia program, the Virginia Department of Behavioral Health and Developmental Services is working to educate citizens about (1) restricting access to firearms and poisons during a mental health crisis and (2) educating members of the public on how to recognize and respond to the warning signs of suicide. The organization also provides free gun locks as well as locked medication boxes in an effort to reduce the number of suicides in the state.

Believe it or not, ensuring guns are locked away from children is not always mandated by law. Texas is one of only 14 states that have gun storage laws. Judge Roach says, “In Texas, a parent or other adult can be held criminally responsible if a child gains access to an improperly secured gun and injures him or herself or others. If the injury is serious or deadly, the possible penalty can be prison time. I have not had a case where a parent was charged, but I agree that responsible gun ownership is imperative.”

The summer after my second-grade year, one of my classmates was accidentally shot and killed by his older brother, also a student at our school. The family left our area soon after. As a child, I often wondered how guilty the older brother must have felt for being responsible for Brett’s death. As an adult, I realize the ones who likely suffered from agonizing guilt were his parents for not having secured that weapon in a safe place away from young children. There’s really no excuse not to keep guns locked, unloaded and away from kids. Judge Roach reminds us, “Gun safety should not be a political issue. Whether you agree with gun laws is irrelevant.” This is just about responsible parenting.

1 | Never Together. Always store your gun separate from its ammunition.

2 | Why risk it? Use a gun lock. Ensure it is the right size and style for your firearm.

3 | Safe Storage. Store your gun in an inaccessible place, under lock and key.

Fun and Games this Fall

Apricot Lane Grand Opening Events at The Shops at Legacy