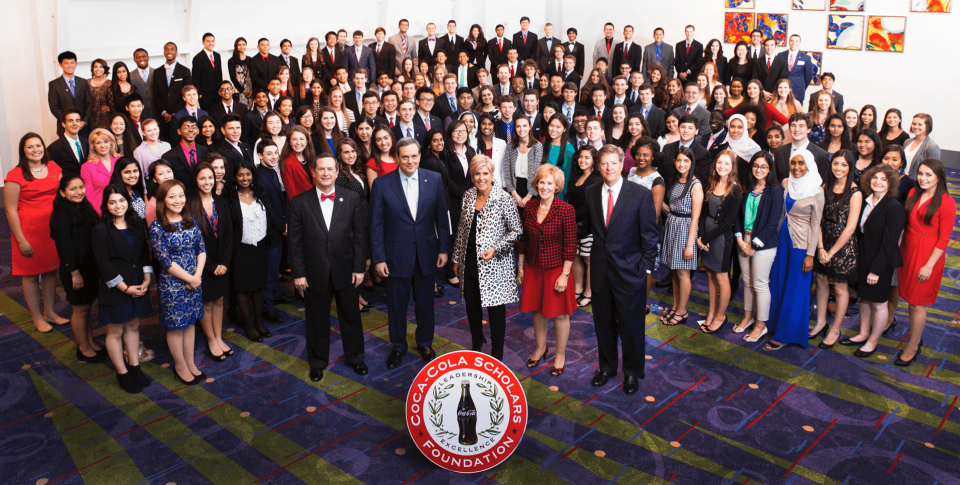 The Coca-Cola Company USA has launched an ambitious new program that challenges young people in Dallas to help the nearly 100,000 veterans in the DFW area make a successful transition into the civilian workforce. Called Dear Future Dallas, this program is a part of a national campaign by Coca-Cola to galvanize the energy of America’s youth to help renew their communities.

Dear Future Dallas is an extension of the famed Coca-Cola Scholars* program. This year, to celebrate the program’s 30th anniversary, the company is partnering with Scholars to invite their peers, young people ages 18-24 across the country, to shape the future by sharing their ideas for renewing, strengthening and bringing more good to their communities through the Dear Future Challenge.Dallas is one of 15 cities around the country where young people can submit their ideas to address an issue that’s impacting their community. Details on the communities and their challenge issues can be found by visiting www.coke.com/dearfuturecommunity.

One winner from each community will receive a one-time, $30,000 grant to execute their idea, as well as the opportunity to work side-by-side with some of the most creative and successful leaders, including Coca-Cola Northern New England, Coca-Cola Scholars and community partners.

“Dallas and CCSWB have long been committed to helping our veterans find civilian jobs but the work is not yet complete,” said Ish Arebalos, Director of Public Affairs at CCSWB. “There are nearly 100,000 veterans in Dallas who can bring unique skills and leadership abilities to the workforce. Dear Future Dallas will harness the energy and passion of young people to take a leadership role in helping to solve this complex issue with new perspectives and ideas.”

To participate in the Dear Future Dallas challenge, young adults ages 18 to 24 can submit their ideas online or live on campuses in North Texas this fall. After the challenge ends in mid-October, CCSWB and The Coca-Cola Company will award $30,000 to one change making idea. The winner of the challenge will be paired with partners such as Coca-Cola Scholars and local non-profits, who will mentor them and help them turn their vision into reality. Details on the program and submission can be found by visiting www.coke.com/dearfuturecommunity.

*About The Coca-Cola Scholars Foundation:

The Coca-Cola Scholars Foundation awards scholarships and lifelong enrichment opportunities to students who are dedicated to service and action that positively impact their communities. Each year, the Foundation names 150 high school seniors as Coca-Cola Scholars, awarding them with $20,000 scholarships and welcoming them into a vibrant network of community leaders. In fact, the Foundation is among the largest, corporate-sponsored, achievement-based scholarship programs in the country.

The national Dear Future Challenge is inspired by the decades-long Coca-Cola Scholars program, where the Coca-Cola Company USA encourages America’s youth to help lead and renew their communities. In the program’s 30th anniversary, The Coca-Cola Company is partnering with Scholars to invite their peers to participate in Dear Future Challenges across America. Boston is one of 15 cities around the country where young people can sign up and propose their ideas to address an issue that’s impacting their community.

Helping veterans find civilian jobs is an important issue to The Coca-Cola Company as it helps empower the people who have served our country have a successful transition to the workforce. Since 2014 the company has worked alongside with American Corporate Partners (ACP) to provide more than 280 career mentorships to veterans transitioning into their private sector. The company has also donated more than $1 million in grants to organizations who offer a wide range of programs to assist veterans on their return home.

The Coca-Cola Company (NYSE: KO) is a total beverage company, offering over 500 brands in more than 200 countries. Learn more at www.coca-colacompany.com.

Barking Up the Right Tree: Dog Park Do’s and Don’ts

Family Fun In and Out of the Sun!