Want to see celebrities play bad baseball for a good cause? Then snag a seat to Dirk Nowitzki’s 2018 Heroes Celebrity Baseball Game presented byBaylor Scott & White Medical Center – Frisco on Friday, June 8, at 7 p.m. at the Dr Pepper Ballpark in Frisco (7300 RoughRiders Trail)! Come out early for family-fun festivities and a Heroes Special Olympics All-Star Softball Game plus a post-game fireworks finale. Over the last few years, the game has sold out so game-goers are encouraged to purchase tickets in advance.

For the 17th year, two baseball teams made up of celebrity players will slug it out for seven innings of hard-charging, umpires-umpping, trash-talking, base-stealing, home run-hitting baseball! (This marks Dirk’s 7th year to host.)

Dirk is currently rounding up his sports and celeb buddies, from Dallas to Hollywood and beyond. Stay tuned for roster updates as the event nears. For the latest updates, follow @HeroesCelebrity on Twitter and Heroes Foundation on Facebook.

Proceeds will benefit the Dirk Nowitzki Foundation and the Heroes Foundation. Baylor Scott & White Medical Center – Frisco is the presenting sponsor and sponsor of the fireworks finale. Media partners are Fox 4 and My27, 105.3 The Fan, 98.7 KLUV, 103.7 KVIL, 100.3 Jack-FM andNewsRadio 1080 KRLD.

For more information, go to dnfoundation.org.

That’s a Good Question! Podcast Episode 9: Am I a “Lawnmower Parent”?

The Problem with Teens No Longer Working Part-Time Jobs 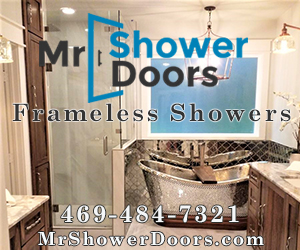