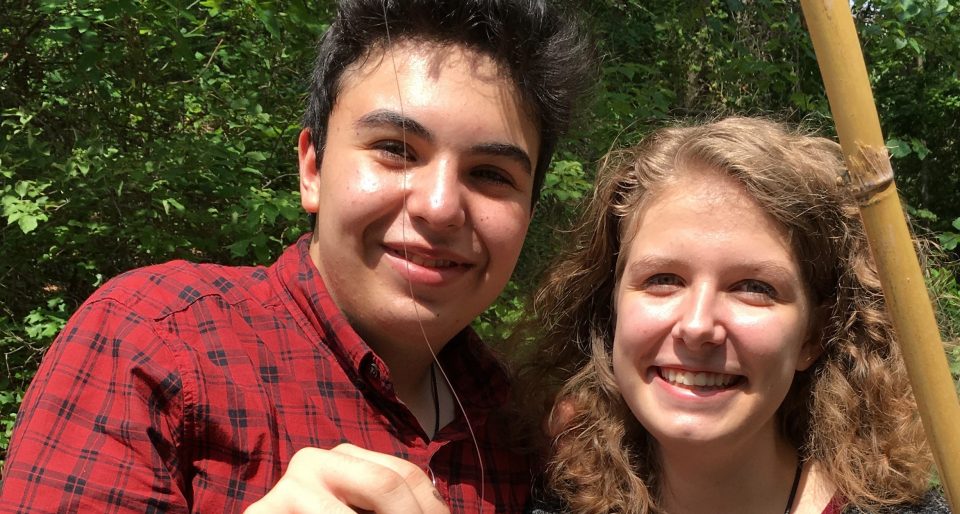 How the Outdoors Tomorrow Foundation is Getting Kids Active and Outdoors

There’s a quote that says, “There may not be wi-fi outdoors, but you’ll likely find a better connection.”  Though your childhood memories likely include stories of riding bicycles through the neighborhood or going down to the creek, our children are more likely to remember having spent time indoors.  These days, kids 8 to 18 spend an overwhelming 53 hours a week using entertainment media, and the average American child spends only 4 to 7 minutes per day in unstructured play outdoors.  What connections are they making to our world?

One organization is looking to ensure that today’s youth are participating in outdoor education and learning about wildlife conservation.  Through its curriculum in over 365 schools across the U.S., the Outdoors Tomorrow Foundation (OTF) is impacting over 35,000 students across 24 states from Maine to Oregon and turning the traditional model of physical education on its ear.  Schools invest in the program for a $1000 fee, and in exchange, receive a matching $1000 worth of equipment.  The curriculum aligns every lesson to the national physical education standards.  Students might just be working on upper body through archery or fishing instead of volleyball!

OTF’s Education Coordinator, Scot McClure, says, “We can pretty much guarantee the student will acquire a new skill for life… The program changes people’s lives and impacts kids who may not have the opportunity to engage elsewhere.”  He tells of a principal who called because there was a high school senior at risk of not graduating if he didn’t get his PE credit.  At the time he was enrolled in a PE class with all freshmen students and continued to “use a few choice words” with them.  He wasn’t getting along, and he didn’t fit in.  Through the OTF program, he found he really enjoyed fishing.  Soon after, he bought his own rod and reel and began fishing in all the local ponds every weekend.  He had found a place to be engaged, and his attendance improved.  He went on to college and still fishes today.  Another young woman found she had a real knack for archery and went on to win a state tournament as the top female in the state of Texas as a freshman.  She told Scot it was the first trophy she’d ever received.  She went on to win over $7000 in college scholarships for archery.

OTF provides curriculum for a myriad of outdoor activities from archery, boating and hunting to ice fishing (with the schools a little more north of the Dallas area).  OTF is proud to partner with Texas Parks and Wildlife to provide hunter education and boater education certifications as well.  At one Coppell middle school, 70% of students had taken the boater certification test, and last year 9,200 students in the program nationwide had received their hunting certification.  The second part of their mission addressing wildlife conservation is equally important to their curriculum.  Scot says, “Students must understand it first to respect it and enjoy it.”  Their curriculum is “outdoors with a wildlife emphasis.”

Studies continue to show that kids who get outside are smarter, happier, more attentive and less anxious than kids who spend more time indoors.  Other studies show time with nature builds confidence, promotes creativity and imagination, teaches responsibility, reduces stress and fatigue and just gets them moving.  Author Richard Louv, who coined the term “nature deficit disorder,” says, “As the young spend less and less of their lives in natural surroundings, their senses narrow, and this reduces the richness of human experience.”  Really, we can all benefit by taking OTF’s mission to heart –  just get outside!

Editor’s Note:  The Outdoors Tomorrow Foundation is a non-profit organization.  They are proud of their partnerships with the Dallas Safari Club and Cabela’s Outdoor Fund but also depend on the financial support from individuals to achieve their objectives.  Help them reach their goal to get their curriculum into 500 schools reaching 50,000 students nationwide by attending their Rendezvous of the Guardians banquet on Thursday, April 5 and the Outdoor Adventures Cup at the Dallas Gun Club on Friday, April 6.

Books to Lift You Up and Take You Away