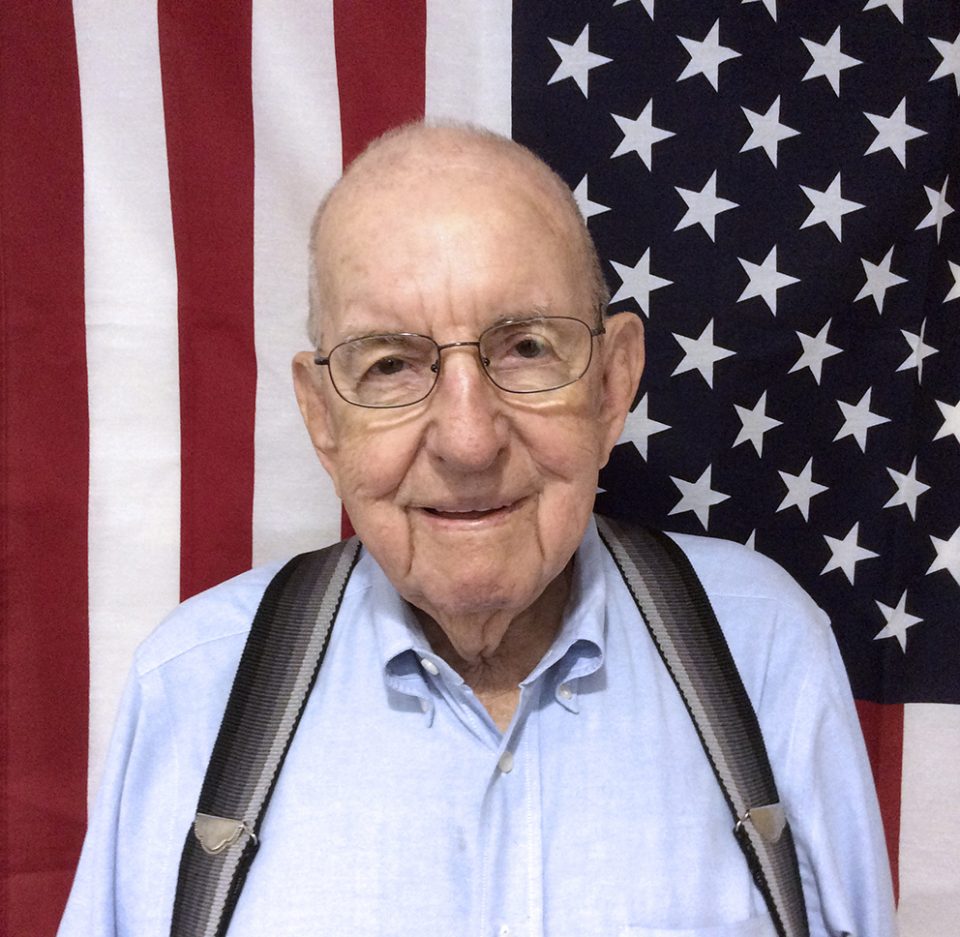 Reflections by a member of The Greatest Generation

They’re called “The Greatest Generation:” men and women who sacrificed, willingly and proudly serving their country in World War II to protect the freedoms still enjoyed today. Those who came home had many stories to tell.

Rayford McClellan is no exception. The McKinney, TX resident entered the service as a wide-eyed teen and retired a well-traveled adult. The 91-year-old’s stories are by no means glamorous; he saw firsthand the horrors of war. McClellan was a first responder at plane crashes and tended to the injured. As an army medic he “drove ‘em in and flew ‘em out,” picking up patients and flying them back to the U.S.

McClellan enlisted in the U.S. Army Air Forces in 1945 and was a medic at Biggs Air Force Base (AFB) in El Paso, TX. In 1947, his service was under the authority of the newly created independent U.S. Air Force. He served in Wichita Falls, KS; Spokane, WA; Love Field in Dallas, TX; Topeka, KS; and Portugal. While in Portugal, McClellan was chosen to escort an ailing woman to Westover AFB in Massachusetts. Next was Newfoundland, Canada and then back to Westover.

Tours in the Pacific included Okinawa, Guam, the Mariana Islands, the Philippines and China. “When the Communists came in, we moved out fast,” says McClellan. In 1948, McClellan was stationed in Sumter, SC when he met his wife. They married in 1951 and enjoyed 62 years together until her death five years ago.

His daughter Marlene was born at Wethersfield, England Royal Air Force Base. “We had to go to the American Embassy to have her declared an American,” McClellan explains. The family moved to Austin, TX and later a base in the Moroccan desert. His final assignment was in Lincoln, NE until the base there closed. McClellan retired from the service and came home to Texas in 1965, where he operated his own electrical company and spent 10 years in the reserves. McClellan has one granddaughter, one grandson and a two-year-old great-grandson.

Today, McClellan enjoys his golden years at Pioneer Ridge Gracious Retirement Living in McKinney. While he says he’s “no hero,” he does have many commendation letters from his superiors. “I had a great life,” he says. “I got to see the world. I was lucky.”

Editor’s Note:  GLF thanks Pioneer Ridge Gracious Retirement Living in McKinney for connecting us with Mr. McClellan.  For information, call 972.755.3229.