by Lisa A. Beach

Compared to many artists, Dallas painter Jane Kahler burst onto the art scene a bit later in life. For the past 11 years, the 83-year-old has been an artist, teacher and co-owner at Artists’ Showplace in Dallas. Here, Jane exhibits and sells her artwork, teaches painting classes and helps manage the venue to showcase other local artists.

Jane dreamt of being an artist since she was young, inspired by her father, an artist, and her aunt, an art teacher. For her first job, Jane designed food product packaging, while attending night classes at the American School of Commercial Art.

In 1969, Jane landed a job at Dallas-based Custom Chenille Embroidery, designing emblems and embroidery for jackets worn in colleges, rodeos and the music industry. She worked there for 35 years while also squeezing in evening and weekend painting workshops with the intentions of painting full-time after retiring.

“I always wanted to be a painter, but I needed to work and help raise my family,” explains Jane, the mother of three sons. 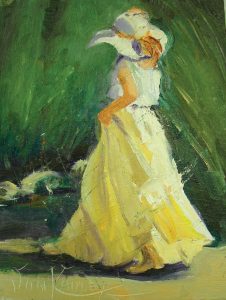 After retiring in 2004, Jane joined a group of artists and became a partner in the Artists’ Showplace. Although she often paints in her home studio, Jane likes to dabble in plein-air painting (literally “fresh-air” painting) in the Texas Hill Country. Over the years, she’s painted landscapes, portraits, pets and wildlife.

Taking cues from her aunt, Jane began teaching painting classes. “I enjoy teaching because I feel the need to share what I’ve learned from the great teachers who have shared their knowledge with me,” says Jane.

Active in several local art organizations (including Irving Art Association, DeSoto Art League and Texas Area Artists), Jane has won many awards for her artwork, including “Best of Show.”

Quite impressive for a late-bloomer! 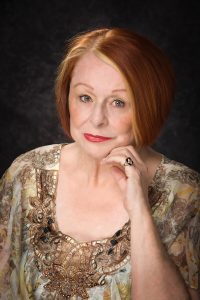 From her younger years in Montana to her current sales position at Good Life Family, Beverly bridged the years with a thriving, diverse career that shows no sign of stopping.

Now in her 70s, Beverly got her start in publishing in 1968 at the Dallas Times Herald, where she became the first woman hired in the outside classified sales department. But after 10 years, Beverly wanted to carve her own path.

“Since I was the family breadwinner, I wanted a career that I could throw myself into,” Beverly explains. “So I started my own publication, The Intowner, which became a popular insert in the Dallas Morning News.”

Beverly also wrote several books, some of which led her in new directions. After co-authoring Beating Men at their Own Game: A Woman’s Guide to Successful Selling in Industry, Beverly became a sought-after speaker and trainer in sales and marketing. Later, she published Dark Exodus: The Lost Girls of Sudan, which chronicles the heartbreaking accounts of 15 women who escaped the Sudanese genocide. Inspired, Beverly founded a non-profit to help these survivors.

Recently, Beverly published her first work of fiction titled Zoie’s Adventures, a thriller for tweens. She wanted to leave her grandchildren a legacy that they could pass on to their children.

But she hints at more to come. “As the plot evolved, I fell in love with the characters. I also love history, so I was able to weave pre-historic Texas history into the plot,” Beverly says. “I realized the book would be the first in a series.” Stay tuned for the next chapter in Beverly’s journey.