TRAILER Three dynamic couples agree to open their hearts to GLF to talk about what makes their REAL LIFE marriages work year after year.

ACTION All three had some pretty wonderful things to say about their other half, and some common themes emerged as we talked – Commitment, Compromise, Core values, and Children. 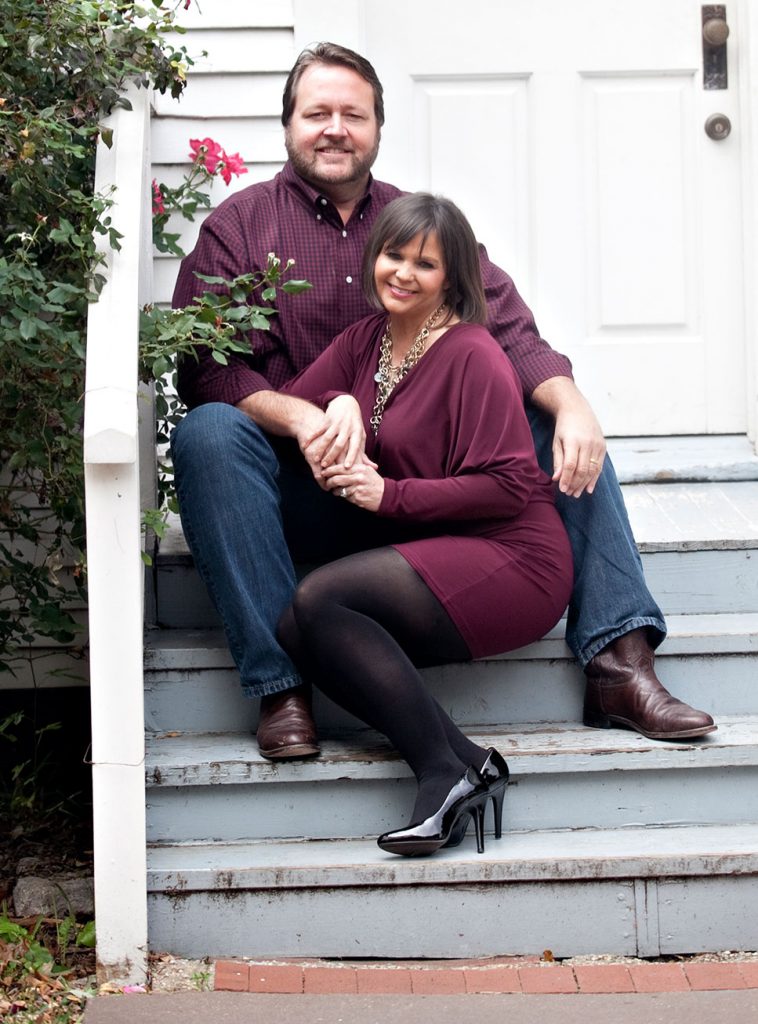 Paige McCoy Smith, Good Morning Texas host, and her husband Shay, like many couples, met at a wedding.  It just happened to be the wedding of her older brother and his older sister.  One year to the day after they met, he proposed.  It was very a propos that we met the Smiths at the Dallas Heritage Village historic church since they met in a very similar setting.  Shay’s family donated the land for Decker United Methodist Church in Austin in the late 1800’s, and that’s where they first saw each other and where they got engaged.   His proposal included a song he’d written himself and played on that old church piano, and now, 22 years and 3 children later, Paige says he still “finds ways to make special moments.”

What They Love About Each Other

It’s obvious these two have a deep connection, and it seems no surprise that they seem to value the same things in each other.  Shay says, “Paige is a calming presence to people and inherently knows what people need.”  He says she shares a true “servant’s  heart,” and when it comes to helping others, he loves that Paige truly “shows up.”  Of Shay, Paige says, “I like his generosity.  He’s so quick to go above and beyond, always willing to help people.”  Her life quote is “Authenticity is the soul made visible.”  These two clearly shine together.

It’s the C’s: commitment, caring, compassion, compromise, the choice to prioritize marriage, and choosing your battles.  Paige and Shay both believe it’s that, at their core, they share a common set of values, and they credit their faith for sustaining them.  Shay says, “Paige and I come from different backgrounds, our families did things different ways, but we’ve been able to meld the best of the two.” 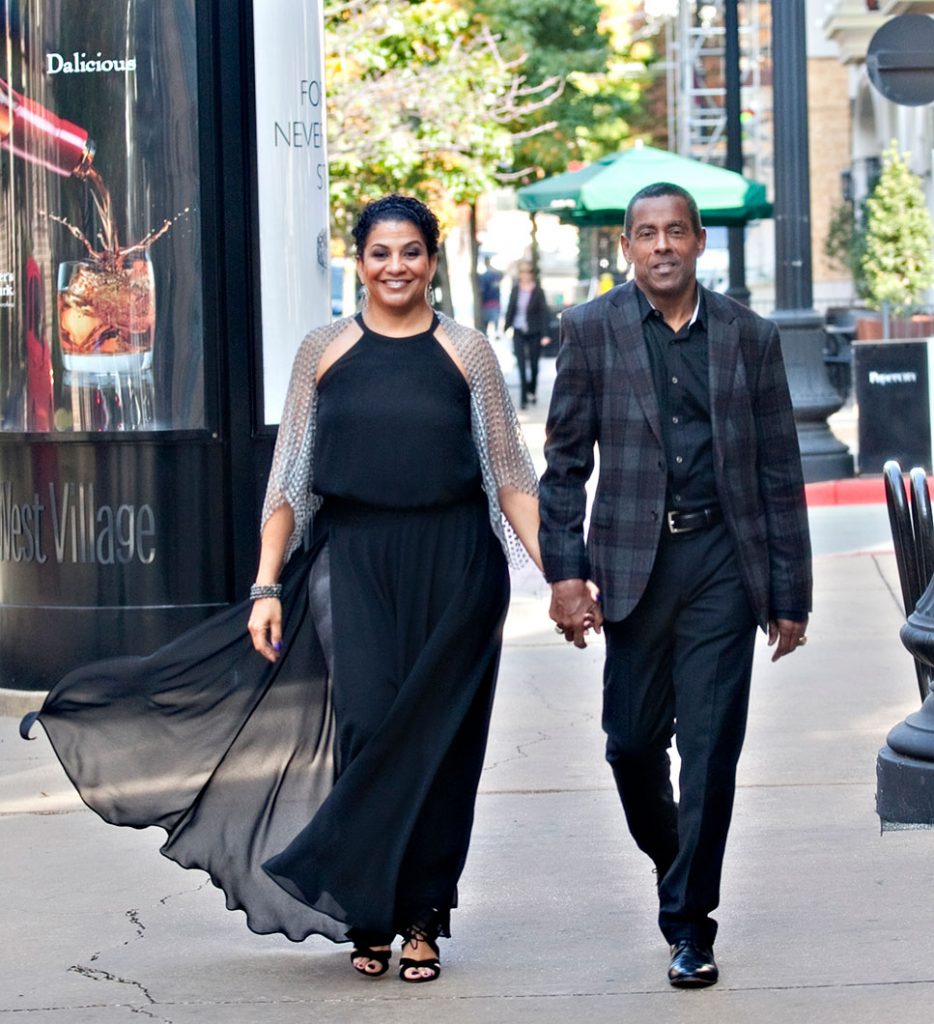 Tony and Janet Dorsett met through a mutual friend who dated her cousin in college, and they’ve been a couple since that first meeting.  She says they knew the day they met that they’d be together, and they’ve “been sailing along ever since.”  Tony appreciated that despite his fame, from the very beginning Janet “wasn’t caught up in the hype,” and he knew she genuinely cared for him. Then he was hooked for sure when he first ate her Cajun cooking!  After 17 years raising their four children (Tony’s son, Janet’s daughter from previous marriages, and their two daughters), Tony believes, “This girl is all that and a bag of chips” and can still say, “I just like being with her.”

What They Love About  Each Other

This is a relationship based on mutual admiration for sure, and each can hardly say enough about the other.  Tony admires Janet’s beauty, intellect, and trustworthiness, and what a great example she is to their three daughters.  “I wish I was as loving to her as she is to us,” he says.  He credits her for the man he is today.  “She changed my whole life,” Tony declares.  Janet believes Tony is so amazing because of how loyal, compassionate, and dependable he is.  “He says what he means and means what he says,” and according to Janet, “He has your back to the very end.”

Marriage takes dedication through the good and the bad, and the Dorsetts have been there for each other from the beginning.  Tony calls Janet his “Rock of Gibraltar,” and Janet says, “We really do have each other’s back.”  Now that their daughters are getting older, Janet has told them that the true test of someone is how they weather storms. That’s when you can see their true character. She says that when they’ve walked through hard times, like the deaths of their mothers, the other stood with them to see them through.  For the Dorsetts, their Christian faith has led them to believe in the covenant of marriage and that it’s not to be taken lightly. That commitment has set a strong foundation that makes this couple stay steadfast, but ultimately Tony says plainly, “She’s just my best friend.” 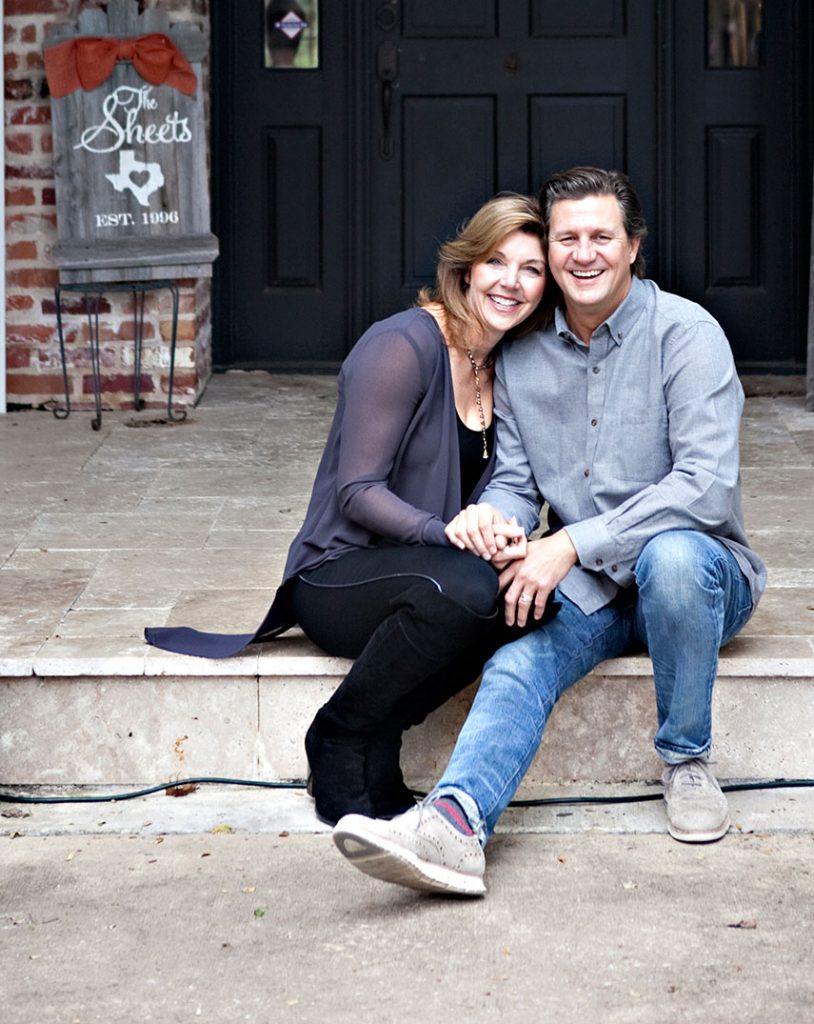 In 1995, when Nathan and Patty Sheets, the founders of Nature Nate’s Honey, started playing volleyball at their church, the idea was just to have a good time socializing with a fun group of Christian singles, but Nathan had his eyes on Patty right away.  He had created these fun color-changing pencils, and she mentioned that her students would love them. He showed up at the Dallas School for the Deaf front office, unannounced, with dozens of them asking for “Patty with the big, blue, beautiful eyes and the great smile.”  They were married a year and a half later.  Now it’s been 20 years of what Patty calls a “very full life” with four children and a lot of adventures.

What They Love About Each Other

Each of the Sheets light up when asked about what they love about their spouse.  Nathan says, “Sometimes you don’t know what you don’t know.  I didn’t know exactly what I needed in a partner, but the Lord couldn’t have created a better person than the one He chose for me.”  He calls himself lucky to have Patty to “do life with.”  He appreciates the role model she is for their children, and credits her example for the spiritual, physical, and intellectual well-being of their family.  He says her gift of hospitality makes everyone feel welcome and allows them to share what they have in stewardship with family and friends.  “All the great things in our marriage have had their genesis with Patty,” he beams. For Patty, it’s Nathan’s faith, optimism, attention to others, and “all-in” mentality that she values.  His compassion for others and the way he deals with everyone has been a driving force in their family’s decisions to reach out in missions to the Amazon, Bolivia, and Mexico, among other places.

This couple’s faith is central to their relationship and guides how they live each day.  Nathan calls it a commitment to “finish well” that has helped keep their marriage strong.  “You have to press through the challenging days” that will inevitably come along, according to Nathan.  These two are not afraid to sacrifice for each other.  As Nathan says, he tries to “allow her to shine.”  Patty explains it this way.  “In marriage you have to let go of some of your own identity to become one. If you don’t work to grow together, you grow apart.”  Talking with them and watching them laugh together, it’s obvious that after 20 years their marriage continues to grow.

Paige, Janet and Patty’s fashions all by Abi Ferrin | Shay, Tony, and Nathan’s style is all their own

DART to Your Getaway