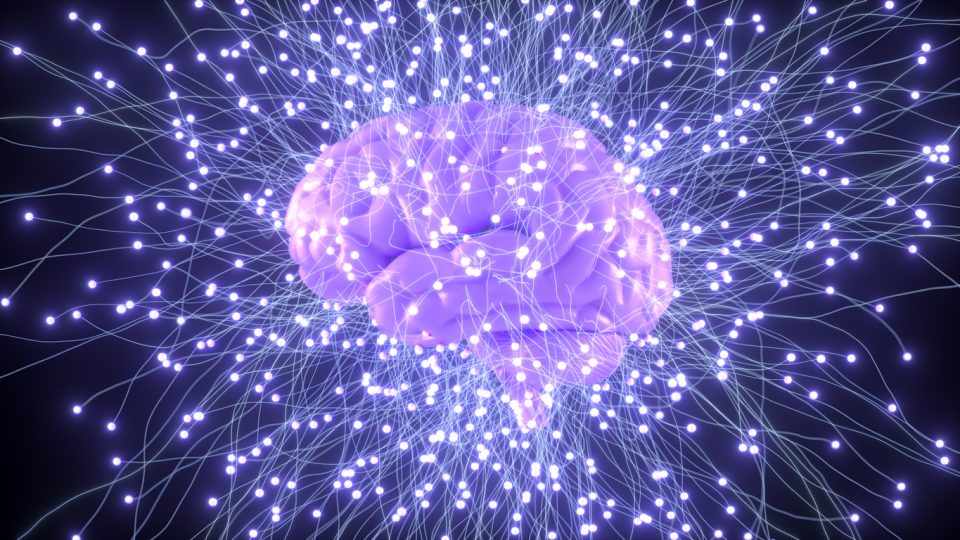 by Ralph B. Lilly, M.D. | Contributor

Of all the organs in the body, the brain is, to me, the most fascinating.  It is so complex in some respects but in others so simple.  Nestled within our skull, the brain is composed of billions of cells called neurons.  Each one is organically wired through a complex array of thousands of connections to transmit electromagnetic impulses to other neurons. Together with the supporting cells and blood vessels, the brain contains all the electrolytes and chemicals necessary for survival of the entire nervous system. Those signals affect how we think, move and interact in our environment every day.

Those electromagnetic wave forms in our brain produce the complex functions that we describe as “consciousness.”   We learned as children about the five senses (smell, taste, vision, hearing and touch), which are components of the brain’s many responsibilities. In reality, there are other sensations, such as our ability to orient ourselves in space and three-dimensional perception. Our senses generate our emotions like fear, joy and sadness.  Our responses are based on all the information we are continually taking in, and our brains have to make judgments and decide on actions to take 24 HOURS A DAY.

So…the brain is the essential organ of consciousness. And, because we are all unique individuals, our behaviors are equally unique.  The memories contained in our neural network are constantly in a state of change.  It’s like electronic storage of all of our prior conscious experiences, our learning, and our sensory and motor experiences.  All of these are transformed to become our individual responses to external stimuli.  The way your brain takes in all that information and how it chooses to respond is individual to YOU.

Concussion is considered a transient alteration in these brain functions.  Many in the medical community have chosen to use the term concussion as a replacement for the term “mild traumatic brain injury” because there is NO brain injury that should be considered “mild,” especially for the victim, family, friends, employers, and the community.

The brain can suffer trauma in many ways, but the dynamics of the impact to the skull or of the brain slamming against the inside wall of the skull as it accelerates and decelerates cause the physical symptoms patients experience.  The damage caused to the brain impacts the way the nervous system is able to function.

Whenever a patient has had a period of time in which the level of arousal has been affected, it is termed “unconscious.”  The injured person may not have even been aware of it, or it may even be so brief that others don’t witness it.  So, a loss of consciousness is not required to make the diagnosis of concussion.  There is, however, often a “confusional state” when the patient demonstrates impairments in memory, attention, concentration, perception, judgment, personality, emotion and decision-making.

The patient may also experience dizziness, headache, ringing in the ears, imbalance, fatigue, difficulty initiating activity, persistent headache and feelings of “fogginess.”  If a combination of these symptoms exists for more than 24 hours, the patient is considered to have “post-concussive syndrome.”  The cognitive and behavioral changes may persist for variable amounts of time depending on the nature of the trauma and on the individual’s own brain.

How Do We Manage Concussions?

Because the brain consists of so many microscopic neuronal connections, damage to the brain’s tiniest components may be difficult or impossible to see on traditional MRI and CT scans.  Diagnostic imaging may show negative findings, but that should NOT always be interpreted to mean that there has been no injury.  The patient and his or her caregivers have to carefully consider the symptoms as well.

Medical management of concussion requires early evaluation by (pediatric) neurologists, pediatricians, physiatrists and neuropsychologists. The diagnostic studies should include imaging as well as neuropsychiatric assessment.  It’s important to inform and work with the patient’s school system or employer, family members and caregivers.

Some patients require accommodations to their school or work schedules.  Speech, occupational, cognitive, vocational and avocational therapies can help to address individual needs.  Those therapists and physicians should provide guidance regarding sleep, diet, exercise and especially—how to avoid further cranial trauma.

Concussion should be considered a serious brain injury.  While it is not necessarily associated with a direct threat to someone’s life, it is commonly associated with significant alterations to the injured person’s daily life.  With the proper attention and intervention, the outlook is invariably improved.

The Centers for Disease Control and Prevention estimated that 1.7 million traumatic brain injuries occurred on average each year in the U.S. during 2002 to 2006.  Of these brain injuries, 45,000 to 50,000 people do not survive. Roughly 50% of the survivors may return to baseline functioning in 6 months. After the first year post-trauma, approximately 85% return to pre-traumatic function. After one year, however, there will remain 10%-15% of the brain injured, who will have residual problems of varying degrees. These problems can range widely and include memory problems, anger outbursts, alteration of personality and negative impact upon day-to-day functioning. These problems could last a lifetime, with variable persistent impairments and handicap. If these symptoms persist, Post Traumatic Encephalopathy then becomes the diagnostic term, implying persistent pathological changes to the brain

Roughly 200,000 patients with concussion with varying persistent impairments of brain function enter the health care population each year. Even those who recover within one year have required months of extensive therapy following the trauma. Patients with the poorer outcome include patients with a history of prior brain injury, those who had sustained other injuries such as to the face, jaw, eye, ear, neck, skull and other organ systems.

Editor’s Note: In addition to being a renowned physician and acclaimed brain specialist, Dr. Ralph Lilly was also my Uncle Ralph, the big brother to my Dad, Earle Lilly. His is a monumental loss to his patients, fellow physicians, and his medical community, but none greater than to the family who admired and loved him dearly.