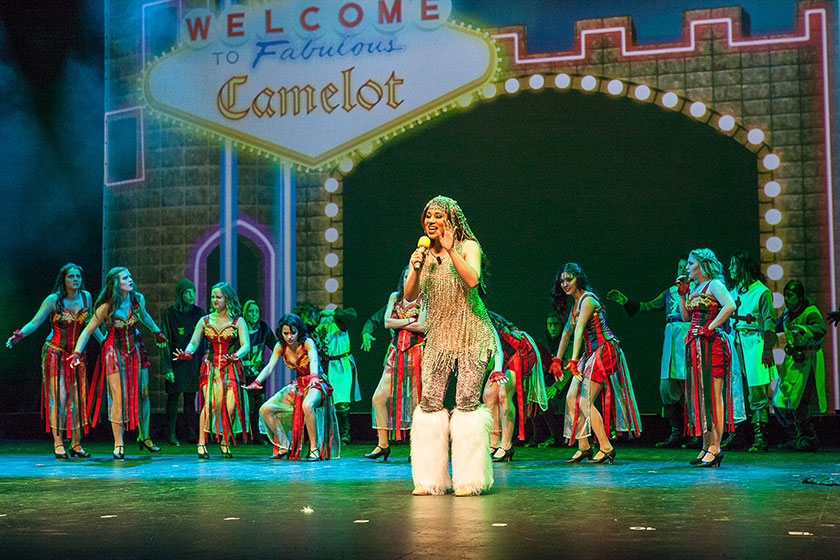 Best Actress Kaiden Maines from Waxahachie High School and Best Actor John Frederickson from Guyer High School leave on Sunday, June 19th for New York City where they will represent their high schools and DSM as they compete and make their Broadway debut in the National Awards on Monday, June 27th

The 5th Annual Dallas Summer Musicals High School Musical Theatre Awards (DSM HSMTA) Best Actress Kaiden Maines from Waxahachie High School and Best Actor John Frederickson from Guyer High School leave on Sunday, June 19th for an all-expense paid trip to New York City where they will represent North Texas and Dallas Summer Musicals as they compete and make their Broadway debut in the National High School Musical Theatre Awards (the Jimmy™ Awards) on June 27th where they have a chance to win prizes and scholarships, which vary by year.
During those nine days, they will be immersed in all things Broadway, including working with Broadway professionals as one-on-one coaches at the Tisch School of the Arts at New York University; enjoy dinner at Sardi’s and see a Broadway show; participate in daily lunchtime meet-and-greets with Broadway stars, composers, writers and producers;
meet with top Broadway casting agents; compete in front of top Broadway producers and casting agents for final standing and finally, perform at the Minskoff Theater where THE LION KING plays.

Kaiden said, “I am very, very excited to have this opportunity.  I feel so blessed. Out of all of the talented people in Texas, and all of our fellow nominees, John and I get to be the ones who go to New York and compete, so I feel very honored to represent DSM and the state of Texas! I’m excited to go and really just absorb what all the instructors and incredible people we’re working with have to say. I’m a human sponge.  I like to take in everything and remember it and use it to better myself.”
John said, “I have never been to New York before and I am so excited to get to go and perform. My very first time I go to New York, I get to perform on Broadway! This is just a dream come true. Honestly, it is so incredible. Like Kaiden said, to get to go up there and represent the talent that comes out of Dallas. This area is so full of incredible talent. I’m certain that each and every one of our fellow nominees could go up there and win the whole thing! But yes, I’m super excited.”
DSM’s HSMTA remains the largest program of its kind in the state and the second largest program of its kind in the country and has been recognized by the National High School Musical Theater Awards as their official affiliate program for North Texas. 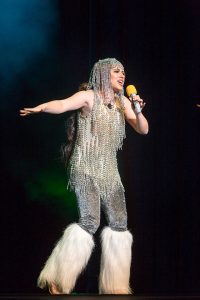 Just this past April, Kaiden won the Best Actress award for her performance as Lady of the Lake in Waxahachie High School’s production of SPAMALOT and John won Best Actor for his performance as Bert in Guyer High School’s production of MARY POPPINS at The 5th Annual Dallas Summer Musicals High School Musical Theatre Awards show at the Music Hall at Fair Park.
Based on Broadway’s Tony Awards®, DSM’s HSMTA brings together show business veterans, community leaders and celebrities to spotlight the achievements of high school students and their school’s musical theatre programs. 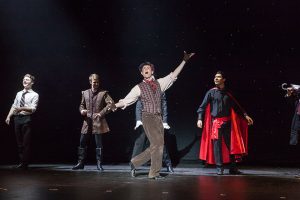 This year has broken all records for participating schools in HSMTA. There were 67 schools participating showcasing 70 shows, representing 33 school districts across North Texas. Among the 67 are also 7 private schools. In addition, 6 schools have entered two musicals this year for the total of 70 productions which were evaluated. This represents a new all-time high of schools, teachers and students taking part in the program. This is more than double the first year’s total of 30 schools participating.
Since DSM’s First Annual HSMTA in 2012, this has truly developed into a regional program, accepting schools as far away as Denton and Allen to the north, Waco to the south, Abilene to the west and Paris, Texas to the east.

Clutts said, “We all encourage Kaiden and John as they make their journey to New York – such an exciting time in their lives! We thank the community for its continued support, and our heartfelt gratitude goes to the judges, teachers, parents, students and volunteers for their dedication, which is a testament to this very important education outreach program and contributes to its significant growth. We look forward to even more schools participating next year.”
Tracy added, “It is important to encourage these talented students to follow their dreams and goals and to draw attention to the excellent work being done in education in musical theater in our area schools. This is a wonderful opportunity for Kaiden and John and we wish them all the best!”
DSM encourages everyone to follow Kaiden and John’s experience in New York City through DSM’s blog at https://dallassummermusicals.wordpress.com/ and Facebook page at https://www.facebook.com/DSMHSMTA  and the website at http://www.DSMHSMTA.org
HSMTA media sponsor is People Newspapers.
For questions, contact Tracy Jordan, the program manager at 214-413-3951 or tjordan@dallassummermusicals.org
National program website: http://www.nhsmta.com/pages/frequently-asked-questions

Heroes for Children Receives More Than $90,000 from Hopdoddy Burger Bar