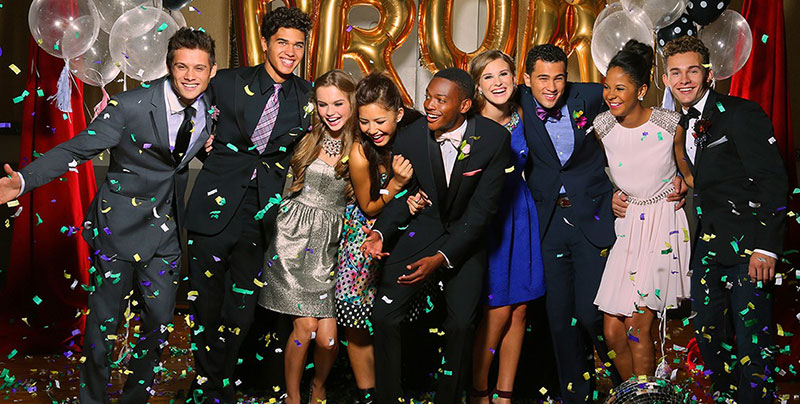 Attention parents! Are you ready for prom? Of course, there are the traditional preparations for this teenage rite of passage, but before you buy the dress or suit, pay for the flowers or photos and or hand your teen the keys to the car, make sure you have a talk with your son or daughter about alcohol.

Did you also know that National Prom Graduation Safety Month and Alcohol Awareness Month are both observed in April? It’s no coincidence: April is the beginning of prom and graduation season, when celebrations can become dangerous if there is underage drinking involved. Of all alcohol-related fatalities involving teens each year, approximately one-third of them take place during the April, May and June prom and graduation season. To curtail this activity, many schools and communities conduct anti-drinking campaigns during April.

Though community and school anti-alcohol programs are useful, remember the old saying that education begins at home. “Hands down, parents are the most influential person or thing in a child’s decision not to drink at all or not to drink on occasion.” When you have the discussion, impress upon your teens that it is important not to succumb to peer pressure to drink, that drinking doesn’t make them the “cool kid,” and that you are available at all times during prom to come pick them up if things get out of hand.

While a discussion about the dangers of alcohol consumption with your teen is crucial, parents should also think twice about their own behavior. Don’t allow your teen to go to a party if you know alcohol will be served. Research conducted by Students Against Destructive Decisions, and co-sponsored by the insurance company Liberty Mutual, found 41 percent of teens say their parents allow them to go to parties where alcohol is being served.

The “cool” rule applies to parents, as well. Avoid the urge to want to be the “cool parent” who provides the alcohol, and don’t let teens drink at your residence. According to Robert Chaiken, an attorney whose law firm, Chaiken & Chaiken, specializes in personal and serious injury claims, allowing teens to drink in your home, thinking that it’s a safe way to keep them off the roads, can lead you down the road of liability. You may be subject to lawsuits, fines and jail time. “Parents can be sued even if they were not aware that drinking was going on in their home.”

“An adult who provides alcohol to a minor who is not their child or permits the provision of alcohol to other minors, can face serious criminal and/or civil consequences from the harm that may be caused,” says Chaiken. “This can include injuries that might occur even when driving is not in play. For example, if a minor slips and falls or suffers alcohol poisoning or if an intoxicated teen wanders off and gets injured, etc… There have been numerous serious cases resulting in significant civil liability where adults provide alcohol to minors or should have known that alcohol was being consumed by minors on their premises.”

Should parents absolutely ban their teens from using alcohol and tell them why they need to abstain from drinking until their brain is fully developed?

In general, the teenage brain is not ready to process alcohol, says Stacie Allphin, Director of Adolescent Services at Memorial Hermann-Texas Medical Center in Houston (also with locations in Dallas and Austin). She says that alcohol and drugs attack the reptilian part of the brain—the first part that develops as a baby—where automatic responses are, such as breathing or blinking of the eyes. “It’s where the pleasure pathway is,” says Allphin. “If there is addiction, that’s where it’s happening.” She adds that the last part of the adolescent brain to develop is the frontal lobe, where judgment, reasoning, decision-making and abstract thinking are created. Alcohol puts the frontal lobe to sleep first, and because it’s underdeveloped, it happens quicker in a teen. If teens drink enough to affect the reptilian part, that’s when alcohol poisoning or blackouts occur.

As a parent, you have to consider all the facts. How will you know if your child will reach their full potential if you allow them to start drinking before their brain reaches full maturation?

The bottom line? Talk to your teens about the dangers of drinking and partner with them by not providing alcohol or allowing them to attend a party where alcohol is served. Remind your teen that prom can still be a fun and memorable evening when it’s enjoyed alcohol free.