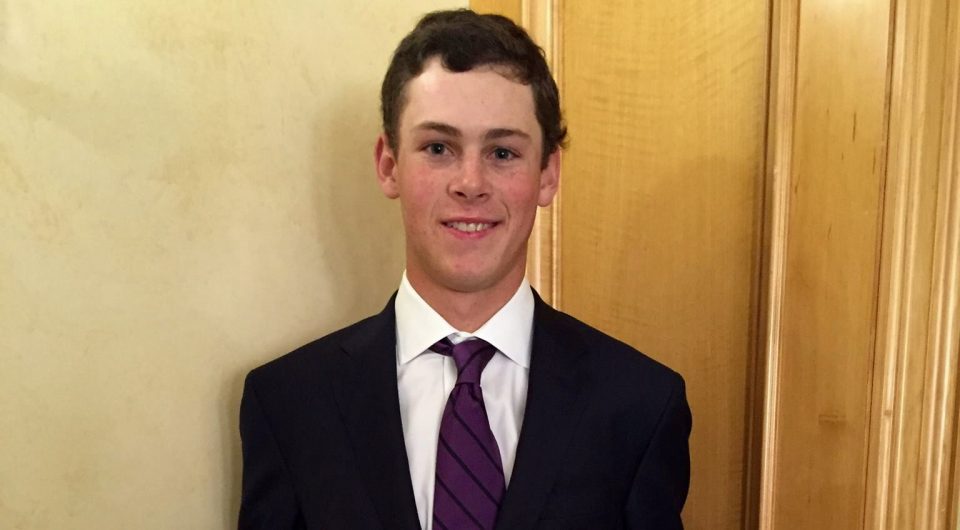 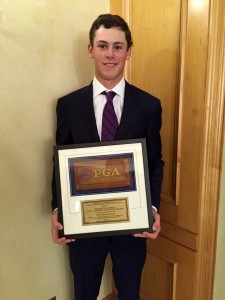 Justin Thompson, a 17-year-old senior at Trinity Christian Academy (TCA), recently became the youngest golfer to be granted the Northern Texas PGA (NTPGA) Byron Nelson Award. This award is given to someone who displays extraordinary sportsmanship, shows great respect for the game of golf and devotes tremendous effort in giving back to the game. As a two-time cancer survivor, Justin was awarded for the difficult path he overcame to become a successful athlete in all aspects of the game.

Justin says that had it not been for his cancer diagnosis, he never would have picked up the game of golf. He was diagnosed with acute lymphoblastic leukemia at 10-years-old and skin cancer at 14-years-old. Now, he has made numerous accomplishments as a player with plans to graduate and golf for SMU.

His diagnosis and battle inspired him to give back to the community. He is now an avid participant in the NTPGA’s Birdie for Kids fundraiser, an event which has raised over $1.2 million for various local children’s charities in the Dallas area. In two years, Thompson has raised over $25,000 for the community.

Are Kids’ Clothes Too Provocative?