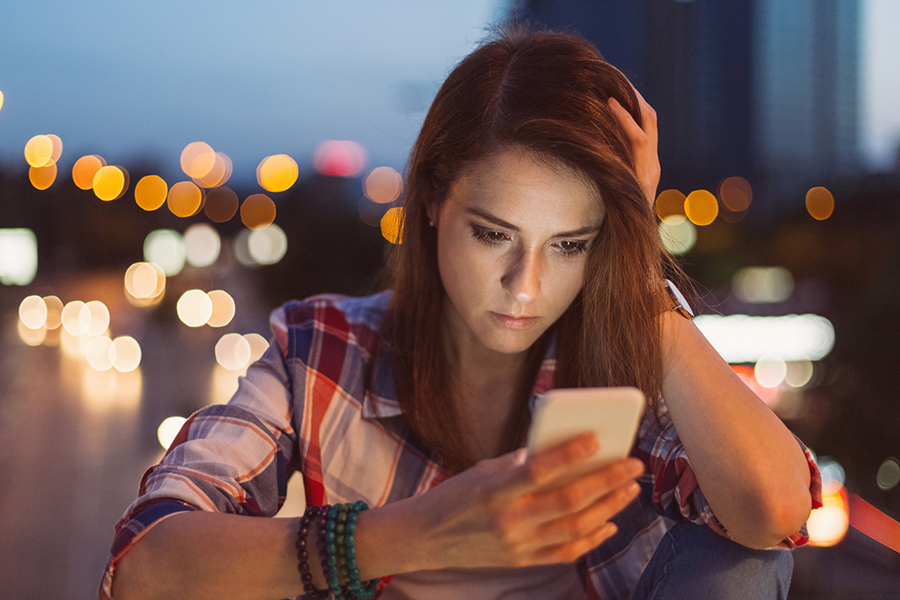 Statistics since the 1980s show significant concerns about body image self-perception among children and teens. It is well known we live in a toxic society that promotes unrealistic expectations around beauty and what is considered “normal” around body shape and size. Why worry any more (or less) now? Hmmm, let me put out a text message … I mean Facebook … no Instagram (or is it Snapchat?) posting to my friends to see what they think.

While the internet and social media can be a good thing, marrying this with the “selfie culture” can backfire, especially with regard to body self-assessment.

Recent data shows an increased amount of time spent on social media correlates with greater body image dissatisfaction (Puglia, UNC-Chapel Hill). Another study finds that teens who spend more time choosing and editing their photos for their social media postings are more dissatisfied with their bodies. The same study found unhappiness with body image among both boys and girls (Salomon and Brown, University of Kentucky). We know teens want to feel relevant and accepted.  In a world that can be more virtual than real, should be we surprised?

You will hear me say (or see me write) over and over again—kids are kids, from generation to generation, but the landscape they are living in is vastly different and far more challenging. To make sense of recent trends in body image and self-esteem, we need to understand them in the context of child and adolescent development.

Young children become aware of themselves in space and time during the toddler years. By age 4, they make comparisons to others, usually around clothing and hair. They know that the good princess is always beautiful and the wicked stepmother is always ugly. By age 5, kids’ focus on body size typically relates to wanting to be bigger.

Children’s awareness of body image increases during elementary school years, beginning around age 6. During this time period, children learn more about themselves in reference to the world around them, strongly influenced by parental modeling but also by sociocultural factors such as peers, toys, and media. By the end of elementary school, we see development of body dissatisfaction and negative self-esteem in 40% of girls and 25% of boys.

In one study, 60% of fourth-graders said they would rather be dead than fat.

As children transition to the pre-teen years, the stage is set for even greater discomfort with self-perception.  Early adolescence (roughly 5th to 7th/8th grade for girls, 6th to 8th/9th for boys) is characterized by a shift in focus from family to peers, though identity and value still comes primarily from parents. Pre-teens are looking out to the world around them checking to see where they may fit in. They see that skinny girls and athletic boys hold the most popularity. By middle school, even prior to the rise of social media, 50% of girls are significantly unhappy with their appearance.

Middle adolescence (late middle school to high school for girls, high school for boys) brings significant focus on peers and an almost willful “rejection” of parents as teens attempt to separate from their families to try to find out who they are as individuals. These teens discount the approval of their parents while craving validation from their peers. Heavily influenced by perceived norms (in a culture that prioritizes thinness and beauty), they seek to create their identity in a way that makes them more “acceptable” to their friends. They have more ability to control when, where, and how they eat or exercise (often away from the watchful eye of parents). How does this translate to body image and weight control behaviors? In high school, 70% of normal weight girls have dieted. And they believe this is normal and perfectly fine.

By the time they reach later adolescence (think transition to college and young adulthood), most young people settle into more self-acceptance and typically return to their parents’ values (whether they like it or not!). They become more confident in their own sense of who they are or would like to be and over time need (somewhat) less validation from the outside world; they are more comfortable identifying with (some) of the lessons learned from their family upbringing. But some damage to self-esteem may persist. They see the beautiful people get noticed more on campus. As young adults, they understand (and data proves over and over again) that attractive applicants have a better chance of getting a job and receiving higher salaries. Thus, we should not be surprised in results of a study showing that at least 80% of women over 18 are unhappy with what they see in the mirror.

What can a parent do?

The answer pertains to more than just body image. Parents need to understand the impact of social media on their children and teens. Access to personal devices, which allow young people to see and be seen, affects how they see themselves.

I beg parents to look at giving kids access to devices in the same way they would provide access to a car. Would you give your child the keys without instruction first?

The hardest part for us as parents is that these are cars we never learned to drive ourselves on roads we’ve never driven on before. But we’ve all been teenagers before. The land is pretty similar even if the landmarks have changed. And the path from Point A to Point B is not too different from when you were their age.

Take the time. Know what they’re driving (their devices) and study their maps (their apps). Learn their language (their ever-changing social media platforms). Take some drives with them; have them show you how things work, what images they like to look at, what photos or stories they like to post. Make gentle corrections when they make mistakes (you won’t know if you’re not watching). Have a copy of the keys (their passwords), but consider using them only in case of an emergency when they need help from others (or protection from themselves).

But remember what used to come first?—The driving lesson (modeling). We’ve all kind of missed the boat on this one; our kids adeptly edit and post their own images while we fumble with selfie-sticks for vacation photos. However, our children are watching us all the time, so it’s never too late to do some teaching. Let them follow you on social media. Show them you can use your own (even outdated) experiences to demonstrate driving in the here and now. Use social media in healthy ways that demonstrate how to set appropriate boundaries. Point out when someone crosses a line online. Especially as it pertains to self-image, model your own confidence. Let them see you pay yourself an occasional body-positive compliment (online and definitely in person). Show them your own victories when you shut down body-shaming on your adult social media feeds. Be the kind of person online you want your kids to be. Because at the end of the day, your kids will grow up to look a lot like you.

Editor’s Note: Dr. Susan Sugerman is the president and co-founder of Girls to Women Health and Wellness. For more information, visit gtw-health.com.

Avoid the Flu with These 8 Food Tips